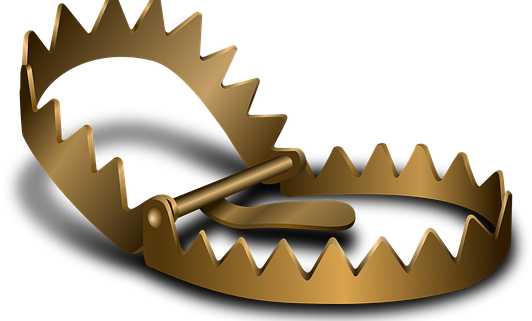 Admittedly, last week’s letter was somewhat egg-heady as I talked about things like orbital velocity, escape velocity, and orbital decay. I’m hoping none of you experienced PTSD from being transported back to your eighth-grade science class.

My point was to illustrate the dilemma experienced by people trapped in a Drama Person’s orbit. It’s hard to stay in that orbit… but then, it’s hard to get out. It’s a dilemma because both options have their downsides. I then introduced you with a third option to be discussed this week: drama non-participation.

To recap what I’ve said countless times before, the Drama Person lacks what it takes to relate normally, so they adopt an alternate way of making relationships “work”— drama. Relational success is contingent upon you playing your designated role. If the Drama Person is a controller, for example, your obligatory role is to submit. Or if the Drama Person is a narcissist, your non-negotiable obligation is to stroke their ego and reflect their brilliance back to them. From the Drama Person’s perspective, relational “harmony” results when both sides stay in their roles. But from the perspective of the other person in the drama, it feels ensnaring, not harmonious. Lo and behold… They’ve been trapped the Drama Person’s orbit.

I’ll get to the drama non-participation option in a minute, I promise, but first let me say this.

All Drama People are all alike in this respect: If you refuse to play your obligatory role, they’ll escalate the drama as a means of getting you back into the role they need you to play.

However, Drama People differ in this respect. Different things happen subsequent to the escalation. I describe this in three levels:

I’ve written on this before, but your best drama non-participation principles depend on the Drama Person’s level—which may be challenging to figure out. As are most things when dealing with people, the following actions are easier to describe than they are to implement.

Your Goal with a Level-One: Growth

This doesn’t mean we are to be maliciously hurtful.  Rather, we should intentionally frustrate the drama process by refusing to play our designated roles in hopes that the resulting discomfort provides the Drama Person an incentive to grow. Refusing roles such as subservience, rescuing, or gratefulness feels bad to the Drama Person.  But that’s good because that uncomfortable feeling may cause them to seek out more mature ways of relating.

Atrophied muscles only get stronger through repetitive exercise. When we frustrate the Drama Person, we are forcing them to engage unused muscles which will get stronger only when they use them repetitively. No one gets in shape after one trip to the gym.

Remember, Drama People are children in the bodies of adults. Children don’t grow up overnight; it takes time.  And some Drama People take longer to grow than others.  Like all of us, they easily slip back into old, familiar patterns. When this happens, we may be tempted to think, “This is too hard.  It isn’t working.” We must remind ourselves to take the long view.

Be Encouraged (to stay with it).

In dealing with a Level-One Drama Person, we need the encouragement of others to stay with the process. When we are prone to throw in the towel, we need others who will remind us that what we’re doing is worth it. The outcome is a person who becomes a better version of themselves.

Your Goal with Level-Two: Containment

We should expect Drama People to be unreasonable.  They’ll say or do something offensive or stiffen their resolve to be right no matter what we say or how we say it.  The oft-used phrase that expresses what we have to do here is “consider the source.” As the old saying goes, “Keep your friends close and your enemies closer” is a precaution to stay guarded in our dealings with Drama Persons.

Often, it’s best to use passive resistance methods, in which ignoring the enticement keeps us out of the drama. At other times, methods of active resistance are necessary, the chief characteristic of which is the word “no.” Both methods have their place. Clearly, there are times in which speaking up, and saying “no,” is the only way to contain the effects of a Drama Person’s pathology.  The Drama Person doesn’t like resistance of any sort. If we employ this approach, we can expect them to criticize us, try harder to entice us, or elicit others to take their side against us.

Since the Level-Two Drama Person can inflict emotional harm, we need insulation or “thicker skin.”  In some cases, insulation comes from geography — distancing ourselves from the person. But when life requires us to live with or work in close quarters with the person, an emotional coat must be worn. Most often, the Drama Person doesn’t change a bit. What changes is the power of that person’s pathology to affect our lives.

Be Encouraged (to stay sane).

Remember, the Drama Person’s survival depends on getting us to believe, “There’s nothing wrong with me, but there’s definitely something wrong with you.” If that projection from the outside resonates with our insides, we internalize it, start to believe it, and feel crazy. We keep this projective process from succeeding by listening to other voices—people who know us and believe in us.  When we internalize their encouragement, we gain the needed strength to counteract the projections. We need people who communicate, “Don’t forget… You’re not the crazy one. You’re just a normally flawed person who needs to resist playing your role in the drama.”

Your Goal with a Level-Three: Safety

Our goal with dangerous Drama People is safety, which is only achievable through strong security measures. The United States used a “peace through strength” approach in dealing with the old Soviet Union. On a personal level, such measures may include law enforcement, self-protection, and avoidance of unnecessary risks.

The consequences of acting foolishly are greater with a dangerous Drama Person — it may cost us our lives.  Therefore, it is imperative that our actions be governed by wisdom. We should avoid purposeful provocations and disclosing too much. For instance, it may not be wise for a woman to announce to her physically abusive husband her plans to leave and stay with a friend. If she were to do so, he could thwart her exit by disabling the automobile.

Sometimes, a Drama Person will respect the law to avoid legal consequences. But there are times when he (or she) may “go right through that restraining order” as did the character in the Dixie Chicks’ song, Earl. In such cases, maintaining distance from that person may be the only way to keep ourselves safe. Examples may include:

Be Encouraged (to stay safe).

Again, we don’t deal well with Drama People in isolation and need the support and perspective that others provide. With dangerous people, others help us by: