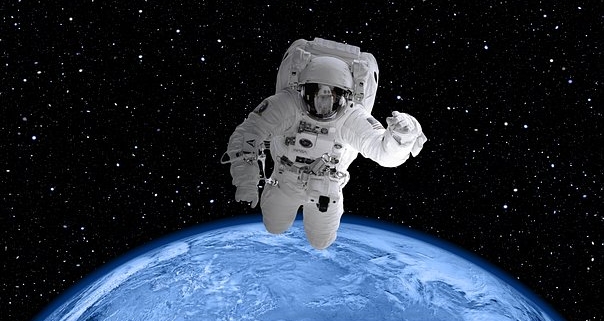 I’ve had many such conversations over the years, but I was talking with a client recently who was describing a family member stuck in a long-term marriage with a vulgar, misogynistic, sexual harasser. Most everything that comes out of his mouth is inappropriate—thinly-veiled sexual innuendos and boorish jokes. He seems to take particular delight in spewing out this sewage in the presence of children. And he’s convinced he’s hilarious. Simply stated, this guy is just creepy. As I heard her description, I found myself thinking about that encounter between Princess Leia and Jabba the Hutt in Return of the Jedi.

I’m paraphrasing, but my client then said this about her relative: “She’s been in this thing for so long and has fought it unsuccessfully for so many years, that I think she’s just given up and goes along with it to get along. She doesn’t know what else to do. But it’s actually worse than that. I’ve seen her become more and more like him with the passage of time. I don’t think she started out that way, but the long-term exposure to his corruption has had a corrupting effect on her.”

In reference to situations like the one above, I’ve sometimes said that a person has become trapped in a Drama Person’s relational orbit. Well, that got me thinking about orbits. I know I’ve already referred to a Star Wars movie, but if you’ll bear with me, I’d like to illustrate my point by referring to what most of us learned about space flight in science class.

If you launch a rocket straight up, the earth’s gravity will pull it straight back down. But if you launch that rocket at an angle, it reaches a speed at which the centrifugal force of the rocket circling the globe becomes balanced with Earth’s gravitational pull and the rocket goes into orbit, requiring no further propulsion from the rocket’s engines. That speed is called orbital velocity. The capsule is now “coasting” at several thousand miles per hour and will stay in orbit for a very, very long time.

If the orbiting rocket were to reignite its engines, it would then reach a speed where the centrifugal force exceeds the Earth’s gravitational pull and the rocket would escape the orbit. That speed is called escape velocity, at which point the rocket could travel away from Earth to other celestial bodies. Escape velocity requires the use of more fuel and a greater speed than orbital velocity.

Here’s the point of my illustration:

A Drama Person doesn’t want you in that close because if you were, you might discover who they really are. They are performing a role and don’t want you seeing behind the mask. And yet, they don’t want you that far away either because if you were, you couldn’t participate in nor applaud the dramas they stage. Consequently, they need you to maintain a relational orbital velocity, so to speak. They need you only to the extent that you stay trapped in their orbits—always circling but never close.

I think my client was saying that her relative had acclimated herself to her husband’s drama orbit. Coasting in his orbit was now comfortably familiar to her, and she just didn’t have the energy to reach escape velocity. And even if she reignited her engines to reach that speed, where would she go? That was her dilemma.

But here’s the thing: Orbits tend to gradually decay. That’s why “space junk” sometimes hurtles through our atmosphere and burns up upon re-entry. Eventually, the Earth’s gravitational pull exceeds the space object’s centrifugal force and the debris plummets back to Earth.

It was my client’s observation that her relative’s prolonged presence in her husband’s drama orbit had caused her own character to “decay.” Incrementally, she had taken on the very unsavory characteristics she had once found so disgusting.

That’s the thing about Drama People. They’re not okay with you maintaining your own sense of self, your values, or your integrity. They need you to be who they need you to be for their own self-serving purposes… And the pressure to do so is great.

The good news here is that there’s a point at which my illustration breaks down. If you’re trapped in a Drama Person’s orbit, your only two choices are not 1) Reach escape velocity and spend the rest of your life on Neptune or 2) Die a fiery death plummeting through the Earth’s atmosphere.

There is a third option which could be summed up by the term drama non-participation. That will be the subject of next week’s letter.

How’s that for a tease?