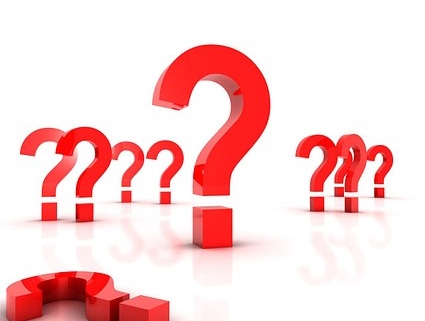 I’m not sure we’ll ever have Drama People completely figured out, but we sure would like to. Just about the time we settle on an explanation that seems to make sense, some plot twist occurs leaving us puzzled and befuddled.

Drama people are nothing if not perplexing. Author Lundy Bancroft once wrote a book entitled Why Does He Do That? in which he attempts to explain the psyches of abusive men.

Indeed, most of us are also bewildered by Drama People. They dump sand into our mental transmissions and leave us stranded aside the “relational road” wondering:

It’d be nice, wouldn’t it, if we could strap that Drama Person into an MRI, scan his brain and say, “There it is, right there. Just as I suspected, his mental elevator actually doesn’t go all the way to the top.”

If you’re a normally-wired person, you would never do or say the things the Drama Person does. So, why does he or she do or say them?

With that set up, it might sound like I’m about to give you a definitive answer to that question… So, let me tamp down your expectations a bit. I’m not sure there is a fully satisfying answer because it may vary from Drama Person to Drama Person. We all yearn for simple answers to complex questions, but simplicity here usually fails to capture the complexities involved.

I would like to give you at least a partial answer, fully recognizing that there’s probably more to it than just this. (Full disclosure: Most of what I’m about to explain I learned from Greg Lester, a nationally-renowned psychologist whose expertise is in working with personality disordered individuals.)

Lester says that Drama People are impaired by what he calls a “failure of adaptation.” Here’s my understanding of what he means by that…

Not so with Drama People who are, as Lester says, confined to “one way to be.” The Drama Person’s defining trait is used everywhere he goes and as long as that trait matches the needs of the social environment, it’s a wonderful quality.

For example, let’s say the Drama Person’s defining trait is self-assured confidence. As the leader of an organization, his underlings love his confidence and draw inspiration from it.

But self-assured confidence is all he’s got. He’s confident all right, but his humility is in short supply. Should he find himself in a setting that requires humility or a base-level willingness to acknowledge that he’s not, in fact, God’s greatest gift to the world, he falls back on his only trait—confidence. He has one way to be.

But then, it’s also perplexing.

Lester illustrates this failure of adaptation from the world of music. Let’s say that “normal” would be represented by the musician, Billy Joel (I know, it’s a dated illustration). One night, Billy Joel plays his music in a college stadium and the place just comes unglued. The next night he plays his music with a symphony orchestra and gets polite standing ovations all night long. The next night, he plays his music in the back of a smoke-filled honkytonk and rocks the house. We call that “normal” because he can flex, adapt, and adjust his music to the needs of the social environment.

Now, let’s contrast the normal person with the Drama Person. The Drama Person is a player piano which only plays one tune, and the tune it plays is the theme from Jaws. If we were to place that player piano playing Jaws into the lobby of a movie theater which featured a special cinematic showing of Jaws, people would exclaim, “That is so cool! Whoever thought of that was brilliant… It just enhances the whole environment.”

But take the player piano playing Jaws to someone’s wedding where the bride must walk down the aisle to that infamous, rhythmic beat of Jaws. The Jaws theme just wouldn’t work there because there’d be a mismatch between the tune and the environment.

The Drama Person and the player piano are both impaired by having only one way to be.

People sometimes ask this about a Drama Person: “How can he be so wonderful over there but so lousy over here? That question can be partially answered by what’s we’ve been discussing… failure of adaptation.

So, I wonder if there’ll be a future news conference in which white-coated medical personnel stand at a podium and announce, “Imaging technology now definitively confirms that Drama People are two tacos short of a combination platter.”