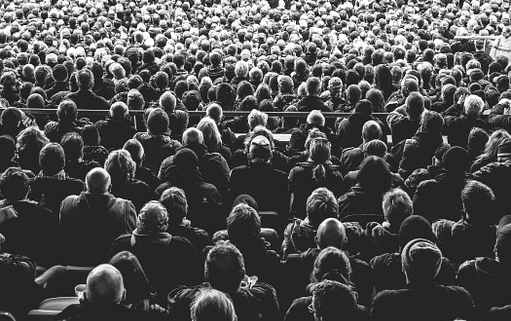 There are some sports that would take me several years to notice if they ceased to exist. Like Olympic curling, for instance. Or underwater hockey—yes, there actually is such a thing. But, not so with collegiate football. I love almost everything about it—from ESPN’s College Gameday to ragging on certain commentators (whom shall remain nameless) that everyone loves to hate.

I like it when my team wins, but what makes college football so captivating is what happens inside the stadium—the pageantry, the music, and the crowd involvement. The “Twelfth Man” is a term often used to refer to the influence of screaming fans on crucial plays. There’s power in a crowd.

Crowd power can be used for good or evil. The 1963 March on Washington in which 250,000 attendees heard Martin Luther King’s “I Have a Dream” speech was a good thing and had positive effects. The Nuremberg rallies—one of which drew close to 700,000 Nazi supporters—where Hitler spewed malicious propaganda served only evil purposes.

Crowd power is a big topic and I’ll have lots more to say about it at some later time. But, let me give you a few quick takes on how the stew of groupthink is often concocted by stirring together the right mixture of demagogues and crowds. Merriam-Webster defines groupthink this way:

“A pattern of thought characterized by self-deception,

forced manufacture of consent, and conformity to group values and ethics.”

We’ll briefly look at three causes of groupthink and three reasons to be cautious of it.

Like I said, groupthink is a big topic and it wasn’t easy condensing my thoughts into this short letter. I think I may have pulled something in my brain. Now, the only way I’ll be able to get any relief is to think about Bengay for a while.

Or by watching some college football.