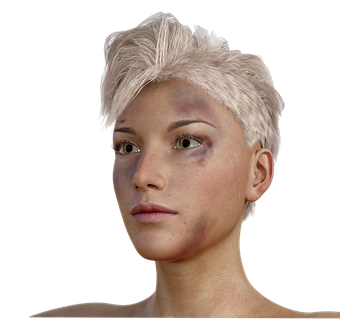 I’ll be traveling to New England this week to present a new seminar to mental health professionals entitled Emotional Manipulators: Effective Strategies to Manage the Manipulator and Empower Their Victims.

Since my time is so limited this week, I’m re-posting part of a letter from February, 2018 having to do with the drama of spousal abuse.

I read a Washington Post column written by Colbie Holderness, the first wife of former White House staff secretary Rob Porter who resigned recently in the wake of spousal abuse allegations. He’s denied those allegations, but she was responding to public statements made by some who were questioning the veracity of her claims.

I’d like to quote a few segments of her article (bold, italicized) and make some comments along the way.

Recognizing and surviving in an abusive relationship take strength. The abuse can be terrifying, life-threatening and almost constant. Or it can ebb and flow, with no violence for long periods. It’s often the subtler forms of abuse that inflict serious, persistent damage while making it hard for the victim to see the situation clearly.

The “subtler forms of abuse” are those that get missed, dismissed, or overlooked by casual observers. The subtler forms don’t produce visible bruises, but leave welts on your self-esteem or even cause you to question your sanity.

For me, living in constant fear of Rob’s anger and being subjected to his degrading tirades for years chipped away at my independence and sense of self-worth. I walked away from that relationship a shell of the person I was when I went into it, but it took me a long time to realize the toll that his behavior was taking on me.

As we’ve discussed before, drama relationships require drama participation. And to participate in a drama, you must stop being who you really are. You’re obligated to exchange the “real you” for the “role you.” You become a mere “shell” of the person you once were.

Telling others about the abuse takes strength. Talking to family, friends, clergy, counselors and, later, the FBI, I would often find myself struggling to find the words to convey an adequate picture of the situation. When Rob’s now ex-girlfriend reached out to both Willoughby and me, she described her relationship in terms we each found familiar, immediately following up her description with “Am I crazy?” Boy, I could identify with that question.

That unanswered question, “Am I crazy?” is rather unsettling, is it not? It’d be nice if craziness could be determined by one of those walk-in clinic nasal swabs, like the kind that indicates whether or not you have the flu. People in abusive relationships commonly feel crazy. So, it’s sanity-anchoring to connect with someone who shared a version of your experience, who’s been where you’ve been. It gives you a way to realize, “Okay, it’s not just me. I’m not crazy.”

Then there is the just-as-serious issue of being believed and supported by those you choose to tell. Sometimes people don’t believe you. Sometimes they have difficulty truly understanding what you are trying to tell them.

Outside relationships provide much needed reference points for our sanity. One of the worst experiences in life is to tell your abuse story and be disbelieved or have the abuse minimized. Conversely, the experience of being heard and believed is validating and liberating. The fear of disbelief can keep abuse victims locked in prisons of silence—sometimes for years.

Victims are often with their abusers for long periods of time. They marry them, become financially intertwined with them, have children with them. There are many reasons people find it difficult to leave. The bottom line is, it takes strength to pull yourself away and start over.

Being strong — with excellent instincts and loyalty and smarts — does not inoculate a person against abuse. It doesn’t prevent her from entering into a relationship with an abuser. Abuse often doesn’t manifest itself early on — only later, when you’re in deep and behind closed doors.

Abuse comes in many forms. It is visited on the poor and the rich, the least educated and the most, people with a strong and deep network of friends and family and those without a support structure. And an abusive nature is certainly not something most colleagues are able to spot in a professional setting, especially if they are blinded by a stellar résumé and background.

Explaining abuse and its lingering effects can be a daunting and frustrating task. But I thought this lady did it very well. So, I wanted to pass her words on to you.