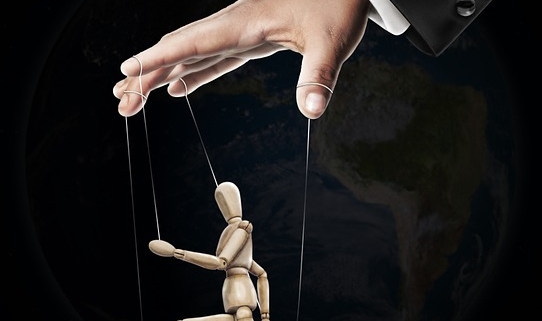 Many of us have family traditions and we certainly have ours. Every Thanksgiving night, we watch Home Alone, I suppose as a way to officially usher in the Christmas season. Every Christmas Day, we watch It’s a Wonderful Life because, well, that’s just what you do on Christmas. And every Fourth of July, we watch Mr. Smith Goes to Washington.

That movie doesn’t really have anything to do with Independence Day per se, but it does seem to invigorate one’s sense of patriotic fervor. Just sitting here thinking about it, I’m conjuring up smells of charcoal grills and bottle rockets.

Anyway, I’ve posted my thoughts about drama in the context of Mr. Smith a couple times before, but I thought I’d post them again today, what with next Thursday being July 4th.

Drama participation has corrosive effects on those coerced into participating, on both personal and collective levels. In the up-close-and-personal realm, it diminishes you in significant ways. It confuses you. It sickens you. It exhausts you. It messes with your brain. It can affect your physical health. It can loosen your grasp on previously-held moral convictions. It so clouds the sky that your lode-star reference points are obscured from view.

There are personal dramas, but there also those that take place collectively in which people stop thinking for themselves and become manipulated into groupthink echo chambers where Machiavellian leaders do their thinking for them. Ideas become less important than winning because, after all, it’s the winners who now have the power to determine which ideas predominate.

This comes close to the Nietzschean-sounding declaration of the wicked Lord Voldemort to Harry Potter: “There is no good and evil, there is only power . . . and those too weak to seek it.” “When winning is all that matters,” Daniel Krauthammer wrote recently, “questions of morality are superfluous.”

In 1939, a movie came out depicting the corrosive effects of collective drama on the political climate of Washington, D.C. The movie was Mr. Smith Goes to Washington. It was directed by Frank Capra and starred a fresh-faced Jimmy Stewart who comprised the role of Jefferson Smith. A senator had died unexpectedly, and the state’s corrupt political boss, Jim Taylor, pressured the governor into appointing a new senator who would dutifully play his role in keeping the graft under wraps. Willful acquiescence to Taylor was the only qualification required.

Of course, this would involve lying, cover-ups, and back-room deals—things the newly-appointed Senator Smith’s integrity would not allow. Jeff had naively assumed the state’s senior senator, Joseph Harrison Paine, would likewise be constrained by his integrity from doing such things.

It was a sad awakening for Jeff to discover that Senator Paine had indeed done such things–for years. Jeff was entirely unnerved by the appalling discrepancy between the public Senator Paine, who was greatly revered, and the one behind the mask.

Here’s how Senator Paine explained it when Jeff got wind of his mentor’s sleazy corruption-participation:

Now listen Jeff, please, and try to understand. I know it’s tough to run head on into facts but as I said, this is a man’s world and you have to check your ideals outside the door like you do your rubbers.

Now, 30 years ago, I had your ideals. I was you. I had to make the same decision you were asked to make today. I made it. I compromised. Yes, so that all those years I could sit in that Senate and serve the people in a thousand honest ways.

You’ve got to face facts, Jeff. I’ve served our state well, haven’t I? We have the lowest unemployment and the highest federal grants. But, well, I’ve had to compromise. I’ve had to play ball. You can’t count on people voting. Half the time, they don’t vote anyway. That’s how states and empires have been built since time began. Don’t you understand?

Well, Jeff, you can take my word for it, that’s how things are. Now, I’ve told you all this because I’ve grown very fond of you.

I’d like to point out several disturbing features of Senator Paine’s despicable rationalization.

First, he was saying he had to lie in order to serve honestly. Honest service, according to Senator Paine, required dishonest methods.

Second, the higher good—assisting the people of his state—was served by low-life activities.

Third, appearances were more important than reality. Senator Paine was widely referred to in his state as “The Silver Knight.”

Fourth, Senator Paine repeatedly used the word “facts.” The not-so-subtle subtext was: “My facts overwhelm your sentiments.” He had constructed a lie using nothing but the building ingredients of facts.

Fifth, Paine portrayed himself as noble by telling Jeff these things for his own good. Of course, when Jeff later refused to participate in the corruption, Paine became Jeff’s mortal enemy bent on his complete and utter destruction.

And sixth, power was elevated above truth. Lord Voldemort would’ve been proud.

As Jeff listened to this codswallop, he stood there dumbfounded, stumped for words. Because, in those situations, you’re never quite sure what to say.

How do you discuss ideals with a man who justifies checking those ideals at the door? How do you talk principles when the person rationalizes the discarding of those principles to serve a supposed higher good? In actuality, the only “good” being served was the preserving of Senator Paine’s image and power. How do you reason with a man who’s renounced the use of reason? There just weren’t words.

And let me point out something else. When Jeff first came into Senator Paine’s office, he asked the secretary if the senator was in. She said, “Senator Paine is out of town.” He wasn’t. She lied. Corrupt leaders corrupt their followers. Like malignancies metastasizing in other organs, followers eventually take on the unsavory characteristics of the ones they follow.

Put another way, we become like whom we adore.