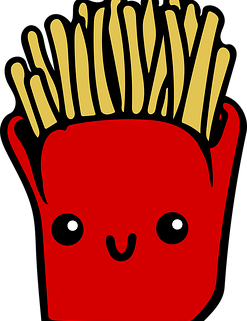 For only the second time in the last couple years, I missed sending out The Drama Review last week. I was in Chicago presenting my seminar to mental health professionals entitled Emotional Manipulation: Effective Strategies to Manage the Manipulator and Empower Their Victims.

I must admit, there’s more than a smidgeon of grandiosity in that title… as if I think I’ve got it all figured out or something. Well, I sure don’t, and neither does anyone else. We can be well versed in the ways of a snake and still get bitten.

On top of that, I contracted a sinus infection and when I got back, I spent several days in my recliner lapsing in and out of consciousness while my wife performed Mother Theresa-like duties. When it’s her turn to be on the receiving end of care, I’m sure that what she gets won’t be nearly as good as what I’ve gotten.

I’ll write something new next week, but, if you’ll indulge me, this week I’m going to share a section of the manual the attendees received that talks about what’s missing in the psyches of manipulators that would enable them to relate normally. They lack the abilities to be reasonable, and I refer to them as Reason Muscles. Muscles atrophy from disuse but get stronger when you use them.

We’ve all heard the phrase, “Three fries short of a Happy Meal.” I’m going to tell you about the five fries manipulators are missing.

The first muscle needed to handle wrongness well is the Humility Muscle, which gives a person the ability to acknowledge potential personal wrongness. When reasonable people use this muscle, the stance is, “I could be wrong, you could be right, so let’s talk.” Reasonable people, who have healthy humility muscles, can handle being wrong if being right requires sacrificing the truth.  They believe, though perhaps reluctantly, in the maxim, “Truth is your best ally.” It may be painful to acknowledge wrongness, but they’ll do so because being truthful has a higher value to them than being right.

Unwilling to allow for the possibility of wrongness, unreasonable people (manipulators) will sacrifice truth if being truthful means being wrong. They’ll even lie to avoid being wrong.  In fact, some manipulators revise truth so routinely that they delude themselves and come to believe their own revisions. The stance taken is, “I’m right, you’re wrong, end of discussion.” They can be arrogant, inflexible, and never wrong about anything. That’s why “you can’t reason with an unreasonable person.” Your attempts at reasonableness won’t work because they’re not interested in reason; they’re only interested in winning or being right.

The second muscle needed is the Awareness Muscle, which enables us to observe areas of actual personal wrongness. Having this muscle, the reasonable person’s stance is, “I see where I’m wrong.” They see their strengths but also understand their weaknesses.  Manipulators have ruled out the possibility of wrongness, so the stance taken is, “I only see where I’m right.” Manipulators are notoriously lacking in self-awareness, not seeing the flaws in themselves that others so clearly see. Therefore, when problems occur, they automatically assume that others caused them.

This part of the personality serves the same function as a press box on a football field.  It enables us to make big picture self-observations.  For manipulators, the wires connecting the press box to the sideline phone are severed. They don’t have press box conversations and therefore, they lack the ability to self-monitor and self-correct.

You see, relationships are like mirrors in which we catch glimpses of the good and bad parts of ourselves. Reasonable people make use of the feedback that relationships provide. But manipulators catch no reflections of their flaws in their “relational mirrors.”

Sometimes referred to as a conscience, the Responsibility Muscle enables us to be bothered by personal wrongness. Manipulators seem weak in the conscience department. While the reasonable person observes personal faults and cringes, the manipulator shrugs when flaws are pointed out. His stance is, “If I’m wrong, so what?”

In psychological literature, a distinction is drawn between ego-dystonic and ego-syntonic traits.  If a person becomes aware of a personal flaw and cringes at the observation, he’s had an ego-dystonic reaction, which then provides the intrinsic motivation needed to alter the undesirable trait. If he sees the flaw and shrugs it off, he’s had an ego-syntonic reaction. He so assimilates the trait that there’s no change motivation. By and large, manipulators have ego-syntonic reactions to the observance of personal flaws. In effect, the manipulator looks in the mirror, sees the glob of spinach in his teeth, doesn’t like what he sees, and determines, therefore, to stop looking in mirrors. The reasonable person seeks out truth to change for the better. The manipulator runs from truth to avoid discomfort.

The fourth muscle needed in the Empathy Muscle. Empathy is the ability to be bothered if our personal wrongness hurts others. It enables us to understand the effect we have on the other person and to use that understanding to govern our words and actions. “It is impossible to over-emphasize the immense need (people) have to be really listened to, to be taken seriously, to be understood” (Tournier, 1982).

When a reasonable person uses this muscle, the resulting stance is, “It bothers me when my wrongness hurts you.” He allows that understanding to shape how he behaves toward others.

The manipulator is empathy deficient.  His stance is, “I’m only bothered when your wrongness hurts me.” He gives little consideration to the impact of his words and actions on others. Reciprocal empathy is a realistic expectation in conflict with reasonable people. However, we should anticipate only self-serving motivations and behaviors with manipulators. They experience what Nordgren (2011) calls “empathy gaps.”

The Reliability Muscle is the ability to correct personal wrongness.  A reasonable person is bothered by his flaws and determines, “When I’m wrong, I’ll change.”  Since the manipulator fails to see his flaws, he is neither bothered by them nor sees the need to correct them. Consequently, his stance is, “I’ll not change because I’m not wrong.”

People have two types of needs: real needs and felt needs.  A real need must be felt before we’ll do anything about it. For instance, you could have cancer but not know it. This is an undetected, but very real, need. If your doctor diagnosed it, you’d then become aware of the illness, feel the need, and seek treatment. Evaluation and diagnosis would transform your real need into a felt need.

Manipulators have flaws but don’t see them, and therefore, do nothing to correct them. Frequently, a client being driven crazy by a manipulator remarks, “He’s the one who really needs to be in here getting help.”  That may be true, but no one seeks help without first realizing that help is needed. The manipulator doesn’t see that anything is wrong with him, so why should he seek help?  Change presupposes awareness.

To sum up, manipulators automatically assume that we’re the ones in the wrong, they fail to see their contributions to the conflict, they claim no responsibility for any part of the problem, they’re not bothered by the impact of their words and actions on us, and they change nothing because (according to them) nothing about them needs changing.

Is it any wonder that manipulators are so difficult to handle?