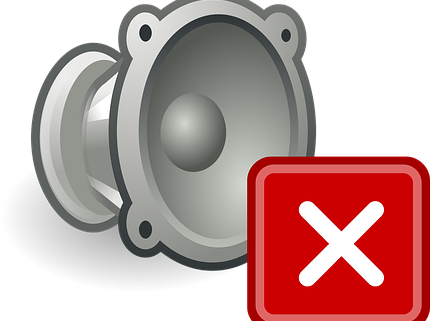 Drama People are head-scratchers. That is, they confuse us in two big ways.

First, we struggle to understand them and make sense of their beguiling ways. They leave us wondering, “Why would he do that?” or “What’s wrong with her, anyway?” Second, even when we sort of figure them out, the more difficult-to-answer question is often, “So, what do we do with them?” You can’t reason with unreasonable people, so if reasoning won’t work, what do you do?

I spend a lot of time in my office helping clients come up with answers to that second question. Sometimes, active resistance is the way to go. At other times, we may determine that, all things considered, the best response is no response.

One client came in complaining that her mother, who lived several states away, would call her daily and inquire, “What are you doing today?” My client, who was in her forties, would explain her itinerary which would then trigger her mom’s unsolicited critique, i.e. “Why are you doing that?” or “Wouldn’t it be better if you did such and such?” This would enrage my client who would then retort, “Mom, I’m a grown up. Stop telling me what to do.” And then later that week, a blow-by-blow description of the ensuing verbal fist fight would be recounted to me.

My client had tried the reasoning approach–you know, explaining to Mom why she’s thoroughly capable of making her own decisions, how it feels intrusive for her to be offering unsolicited opinions, and all that. She had tried setting boundaries, but the boundaries she tried never worked.

So, here’s what we came up with:

Whenever your mom tries to orchestrate your existence, thank her for her input, politely exit the phone conversation, and then… do whatever you want to do. That way, she’s not in control of your life. But if you try to reason with her, the reasoning fails, and your colon gets tied up in knots for the rest of the day, then she’s in control.

In this particular situation, we figured out, her best response was no response.

That’s an example from the world of personal relationships, but let me give you one from culture. I thought about this recently while reading Jon Meacham’s new book, The Soul of America. I’ll give you the Cliff’s Notes version:

In the early days of the Cold War, Senator Joseph McCarthy exploited actual threats posed by the Soviet Union for his own self aggrandizing purposes and became a bigger-than-life actor on the stage of an American drama that occupied much of the early 1950’s.

Nobody knew quite what to do with McCarthy. If you opposed him, he’d trash you unmercifully. Maine Senator Margaret Chase Smith, along with six fellow Republican senators, once denounced McCarthy from the Senate floor. McCarthy’s sophomoric disparagement of them as “Snow White and the Six Dwarfs” was splashed across the next day’s newspaper headlines and was widely reported in the new medium of the day, television.

But if you didn’t oppose him, he’d exploit the lack of resistance for his own selfish, sinister purposes. He couldn’t be reasoned with because reasonable arguments were of no relevance to him. His only interest, we now know, was dominating the center stage of American life.

It’s not that everything McCarthy said was bogus—the threats were real. But as journalist David French once noted, “Bad people can discredit good causes.” So, what to do?

When Dwight D. Eisenhower became president in 1953, he employed a best-response-is-no-response approach to McCarthy. Regarding this, Meacham notes:

“Nothing will be so effective in combating his particular kind of troublemaking as to ignore him,” the new president wrote in 1953. “This he cannot stand.” The strategy was less dramatic and less heroic than one could have hoped for from Eisenhower, but it was his strategy. And he stuck to it. “I had made up my mind how I was going to handle McCarthy,” Eisenhower recalled. “This was to ignore him. I would give him no satisfaction. I would never defend anything. I don’t care what he called me or mentioned or put in the papers. I’d just ignore him.”

“Getting in the gutter with McCarthy,” a phrase Eisenhower often used, would be counterproductive. “I would not have you believe I have acquiesced in or approved of the methods he uses,” Eisenhower wrote. “I despise them. But I am quite sure that the people who want me to stand up and publicly label McCarthy with derogatory titles are mistaken.” Still, he did speak out occasionally.

I suspect Eisenhower discerned that McCarthy needed attention like the rest of us need air, and that ignoring him would cut off his air supply. And that it did.

In 1954, McCarthy was censured by the full Senate, and his political career was irrevocably tarnished. In 1957, he died a premature death at the age of 48 from medical problems exacerbated by years of excessive alcohol abuse. Meacham quotes the Louisville Courier Journal which opined:

“There is an element of almost classical tragedy in the life and death of Joseph McCarthy. His rise to fame had the sudden, spectacular violence of a rocket splitting the night sky with brilliance. With equal speed, the glare faded and the spent stick came racing downward. Now it has struck earth. McCarthy, the meteoric, the defiant, the proud, is now dead. In the classic form, true tragedy derives from a man of great qualities who is destroyed by one fatal flaw of character. It would be hard to make a case for greatness in the Senator from Wisconsin.”

Dramas sometimes need to be actively resisted. But at other times, the best response is no response.