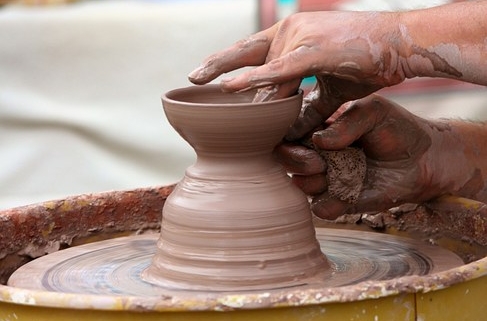 For the last several years, it seems like March and April are particularly hectic for me. And this year is no exception. I’ve been busier than a one-toothed man in a corn-on-the-cobb-eating contest.

So, here’s something I’ve written before. It appears in my eBook, “Marriage Myths: 10 Things That Sound True About Marriage But Aren’t.”

I Can’t Fix You, I Can Only Fix Me

This idea has become so entrenched in our culture that it rivals other truisms we accept unquestioningly, such as:

It sounds so right but leaves so much out. It suggests that if two broken people go get themselves fixed, things will just work better when they reunite. I get the part about being responsible for your own growth and not being responsible for the growth of another and agree with it. But, it diminishes the importance of relationships in personal growth.

A couple came to see me once because they were stuck. I asked if they’d had any experiences getting unstuck and they told me this story:

He grew up as a nice, accommodating individual. He was a natural-born concierge, instinctively noticing the needs of those around him and doing whatever he could to help. If there was a bumper sticker defining his existence, it might be, “Your wish is my command.”

When he grew up, he worked for a company that organized itself into teams. It became his unoﬃcial job to ensure that everyone’s needs were met and, indeed, the team functioned more smoothly because of his presence.

His wife grew up as an i-dotter and a t-crosser. She was a very structured individual. She told me once that she slept better at night if all the items on her to-do list had check marks beside them by day’s end. If there was a bumper sticker defining her existence, it might be, “A place for everything and everything in its place.”

When she grew up, she became, guess what, an administrative assistant. She was wonderful at it—nothing ever fell through the cracks under her watch.

Well, Mister Accommodation fell in love with Miss Administration. After marrying, she said to him one night, true to form, “We should divide up our household responsibilities. Let’s figure out who does what.”  True to form, he said, “Sure, I’d be glad to.” So, they determined that she would cook and he would clean. All was right with the world. But here’s what happened…

On a nightly basis, he’d be loading the dishwasher and she’d come in to watch. “Would you mind turning those bowls in the same direction so that the water hits everything uniformly,” she’d ask. “Sure,” he would respond outwardly while inwardly thinking her request was a tad excessive…  and weird. The next night, it would be the plates, the next night the silverware, and the pots and pans the night after that. This went on for a while.

Finally, one evening, he said exasperatedly, “Look, I told you I would clean up and I’m happy to do so. But if you’re going to come in every night and scrutinize and critique my every move, I may just start sitting in the den.”

Notice what happened here. This situation required something of him that, historically, he had too little of— assertiveness. He was an accommodating person but not an assertive one. But, he cared about his marriage and, for it to work better, he had to strengthen his assertiveness muscle. By doing so, he became a more balanced version of himself.

On her side, this situation required something of her that, historically, she had too little of—flexibility. She was a structured person but not a flexible one. But, she cared about the relationship and, for it to work better, she had to strengthen her flexibility muscle. By doing so, she became a more balanced version of herself.