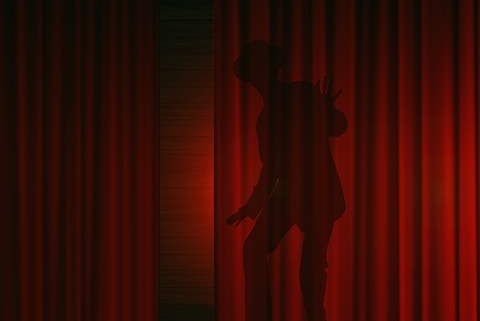 “Attempting to reason with a person who has renounced the use of reason,” wrote founding father Thomas Paine, “is like administering medicine to the dead.”

My quicker and certainly less picturesque way to say the same thing is, “You can’t reason with an unreasonable person.”

I talk a lot in these weekly letters about the wily ways of Drama (unreasonable) People. I call them unreasonable because they are un-reason-able. That is, they possess neither the ability nor willingness to resolve conflict through the process of reasoning. I use the drama word because drama becomes their alternate method of relating. “We’ll get along,” thinks the Drama Person, “as long as I play my role in our relationship and you play yours.”

Playing your obligatory role in the drama is the underlying—and almost always unspoken–relational imperative in Drama Person relationships. You must relinquish that which you know to be true and embrace a lie. But the requirement to participate in this bending of reality is rarely delivered in a way that’s blatant and obvious. It’s more often communicated in ways that are subtle, gradual, and insidious. This brings to mind the story of the proverbial frog that acclimates itself to the incremental temperature elevations of the water in which it swims until it inevitably boils to death.

Drama People rarely display their true colors at first glance. Instead, they present as winsome, charming, or likeable—positive attributes that make them attractive and compelling figures. But as time goes by, you may start to catch brief glimpses of negative attributes that don’t quite line up with the outward positives. There may be a sudden flash of anger, a spark of inflexibility, a flicker of self-justification, or a glimmer of blame-projection.

It’s very tempting to overlook these negatives for, when push comes to shove, the simple fact is that we’re all flawed. But the question that begs to be answered is: Are these things you notice benign indicators of everyday flawed-ness or more troubling indicators of malignant pathology? Indeed, they could be either.

If the target of manipulation consistently answers that question the wrong way by over-normalizing abnormal behavior, he or she may end up boiling in the previously tepid water.

This was masterfully illustrated in the 1998 movie, Primary Colors. A young idealist named Henry Burton joins the presidential campaign of Governor Jack Stanton. Henry is initially blown away by Stanton’s genuineness and his ability to empathically connect with the people.

Prior to joining the campaign, he attends a meeting at an inner-city school where Stanton lauds the success of an innovative teacher who had, against all odds, created a vastly successful program for disadvantaged children. Stanton is moved to the point of tears as he lavishes this woman with praise. Henry is moved as well and decides unhesitatingly to hitch his wagon to this upcoming star.

The next day, Henry attends a strategy meeting of Stanton campaign operatives. The hotel suite where they meet is abuzz with electric activity. Just then, a door opens at the end of the suite and out walks Stanton who is cinching up his tie. Behind him walks the teacher from the previous day, buttoning up her dress. No great powers of discernment are required to understand what had just happened behind that door…

Henry looks around the suite and notices that no one else notices—or cares if they do. Stanton, Henry comes to realize, looks normal from afar but he’s far from normal. He’s dishonest, womanizing, duplicitous, and will break any rule or destroy any person to win. Henry sees behind the veil and is troubled by the revelations. But what troubles him even more is the way in which the others in Stanton’s campaign team don’t seem troubled at all. They’ve acclimated themselves to Stanton’s depravities and can’t understand Henry’s problem with it all.

Things come to a head toward the end of the movie when Henry tells Stanton he’s leaving the campaign—he just can’t tolerate the corruption any longer. Attempting to thwart the defection, Stanton counters with some rationalizing claptrap that accomplishing a greater good sometimes requires the compromising of principles. Henry appears unpersuaded, and the viewer is led to believe that Stanton’s persuasion attempt had failed… until the end of the movie.

In the final scene, Henry is seen celebrating at Stanton’s inaugural ball, his previously-held convictions having been laid aside. He had, in effect, “sold his soul to the Devil.” Sure, Henry was part of a winning campaign but, in the process, he’d lost himself.