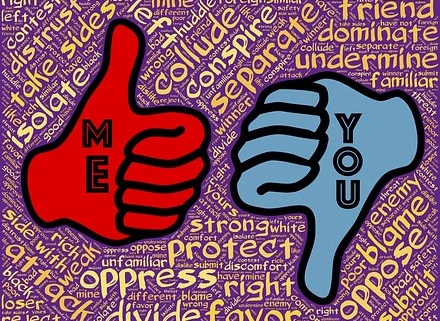 During my internship after graduate school, I had the opportunity to work on the locked unit of a psychiatric hospital. For those old enough to remember One Flew Over the Cuckoo’s Nest, this unit housed similar patients—those we sometimes use the word “crazy” to describe. However, most people in psychiatric hospitals are there for things like depression, not craziness… But, in this unit, there were psychotically delusional patients who truly were a danger to themselves and/or others. Hence, the unit was locked.

I remember the unit staff telling me that every month when the moon was full, patients always seemed just a tad crazier than usual. I have no idea whether or not such an assertion has been verified empirically; I suspect not, but they swore it was true.

Maybe it’s the alignment of celestial bodies, but it seems that dealing with arrogant people is the subject most often discussed in my office recently. This week, I had back to back sessions with two different women with eerily similar stories. Here’s a quick synopsis:

For years, I’ve written and spoken about the qualities one needs to relate to others in a reasonable manner. I call these abilities “muscles” because muscles get stronger when you use them, but atrophy from disuse. The first one I discuss is humility, that is, the opposite of arrogance. The husbands in the above example lacked the humility needed to function normally in their marriages.

Here’s what I’ve said about humility both in my book and in the seminars I teach.

The first muscle needed to handle wrongness well is the humility muscle, which gives a person the ability to acknowledge potential personal wrongness. When reasonable people use this muscle, the stance is, “I could be wrong, you could be right. Let’s talk.” Reasonable people, who have healthy humility muscles, can handle being wrong if being right requires sacrificing the truth.  They believe, though perhaps reluctantly, in the maxim, “Truth is your best ally.” It may be painful to acknowledge wrongness, but they’ll do so because being truthful has a higher value to them than being right.

Unwilling to allow for the possibility of wrongness, unreasonable people (manipulators) will sacrifice truth if being truthful means being wrong. They’ll even lie to avoid being wrong. In fact, some manipulators revise truth so routinely that they delude themselves and come to believe their own revisions. The stance taken is, “I’m right, you’re wrong. End of discussion.” They can be arrogant, inflexible, and never wrong about anything.  That’s why “you can’t reason with an unreasonable person.” Your attempts at reasonableness won’t work because they’re not interested in reason; they’re only interested in winning, or in being right.

The following statements may reflect an atrophied humility muscle:

I have no idea if it has anything to do with how Jupiter is aligning with Mars, but this arrogance theme is starting to wear thin.