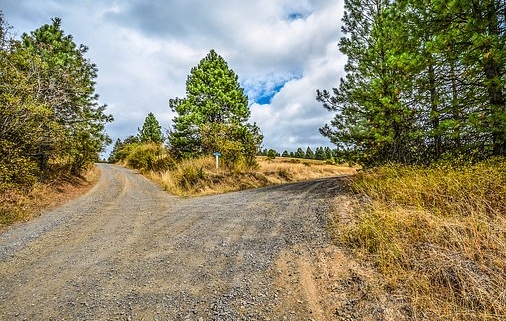 This week, I’d like to tell you the contrasting tales of two individuals. As you know, I’m bound by confidentiality constraints, so I can’t use their actual names nor be too revealing about the details. So, I’ve altered some of the particulars, and I’ll refer to them using made up names, Ben and Patrick.

Speaking of confidentiality, I have friends who’ll sometimes joke with me by saying, “I better be nice to you or you’ll reveal all my dirty secrets in one of those Drama Review letters.” It is gratifying, I must confess, to have such leverage… It probably taps into my “inner mob boss” or something.

These two stories follow very similar paths until they reach a fork in the road, at which point they unfold in different directions entirely.

Ben and Patrick were both sexually abused by relatives throughout much of their childhoods. Like many abuse victims, they told no one at the time and never revealed their stories to anyone until they were well into their adult years.

Both were deeply affected by those violations. But feeling they weren’t safe to reveal what was done to them, they kept the experiences to themselves and learned to pretend it never happened. They, in effect, put their abuse experiences, along with the hurts inflicted, into “compartments” and became highly adept at living around them.

But, the damage was there, nonetheless—specifically, the negative impact on their self-esteem. Much like what happens with most abuse victims, the accurate observation: “Something bad happened to me” settled into an ongoing distorted self-assessment: “There’s something wrong with me.”

Having well-developed compartmentalization abilities, both Ben and Patrick became thriving, accomplished individuals. They were well-educated and began advancing in their professional careers. From all appearances, life was good.

Both of them got married and had what they considered to be healthy, loving relationships. Both couples began families of their own.

After a few years with children, both Ben and Patrick started having marital difficulties and struggles with parenting. And both of them began experiencing emotional turmoil for reasons that were hard to identify. Out of need, but at the same time reluctantly, both of them sought the assistance of mental health professionals.

For over 30 years, I’ve heard countless stories like the ones above. Damage is inflicted by early abuse experiences. But with no safe person to tell, the child keeps it to themselves and internalizes the experience as: “There’s something wrong with me.”

They learn to function in life by disregarding the internal negatives and focusing instead on the external positives. And that’s not an all-together bad choice because, after all, what else can be done? It’s a defensible defense.

But, there is a common experience that makes defenses ineffective: close relationships. The damage inflicted in past relationships starts to show up in the new relationships of the present. When Ben and Patrick got married and had kids, their underdeveloped relational abilities became manifest. They married for closeness, but the closeness of marriage and parenthood had exposed aspects they had always sought to conceal.

Such exposure is uncomfortable and the discomfort experienced was the incentive for both of them to call counselors. Neither was sure how to explain what was wrong, but they just knew that assistance was needed.

The fork in the road:

Ben knew enough to know that the “fix” would likely not be quick and easy. He was humble enough to know he didn’t have all the answers, and he needed a guide to exit the proverbial emotional forest in which he’d gotten lost. And he was courageous.

“The truth will set you,” said our 20th President, James A. Garfield, “but first it will make you miserable.” Ben knew that opening up and cleaning out those compartments would be painful, but he also knew that doing so would ultimately lead to emotional freedom. He was willing to endure the pain of the short-term for the long-term benefits of living without compartments containing unspoken trauma experiences. That takes courage.

Ben stuck with it and never gave up. That takes persistence. As a result, he’s growing and has better relationships with his wife and children than ever before. He’s experiencing what William Butler Yeats once expressed when he said, “We’re happy when we’re growing.”

Close relationships had revealed Ben’s weaknesses, but the relationships, both with his therapist and his wife and children, had also “healed” those very weaknesses. We might say that Ben experienced a relational fix for his personal problems.

Sadly, Patrick took the other fork. He walked into his counselor’s office with an implicit demand for a quick fix—what I sometimes refer to as the “Twinkle Dust Request.”

Unlike Ben, who humbly sought for answers, Patrick had read an article or two about childhood abuse and concluded that there was nothing else to know.

While Ben was courageous, Patrick was a chicken (to put it colloquially). So focused was he on avoiding pain that he intellectualized the whole process. Ben’s approach could be summed up this way: “I don’t want the past to keep affecting my present, so I’ll endure any pain to keep that from happening.” Patrick’s approach was: “That was all back then and there’s no point in wallowing in it now. I’ve told my counselor about it, so let’s move on. I’m cured.”

Marriage and parenthood had both revealed and healed Ben’s weaknesses. Patrick’s marriage and parenting experiences had revealed his weaknesses, but he would allow no healing to take place. So, when his marital problems continued, he blamed his wife. His new defensive stance became, “I’ve done my work, so it’s time for you to do yours. If we’re having problems, it can’t be me, it must be you.”

Ben did the hard, internal work that resulted in growth—becoming a better version of himself. Patrick confined his efforts to the safe, external world of the intellect and refused to excise the internal malignancies that were eating away his marriage and fatherhood abilities. He stayed stuck in a childlike version of himself which would ultimately cost him his marriage. He had no interest in growth if growing meant facing his pain. And that was tragic.

In case you’ve not noticed, Ben is what I call a normally-wired person. Patrick is what I refer to as a Drama Person.