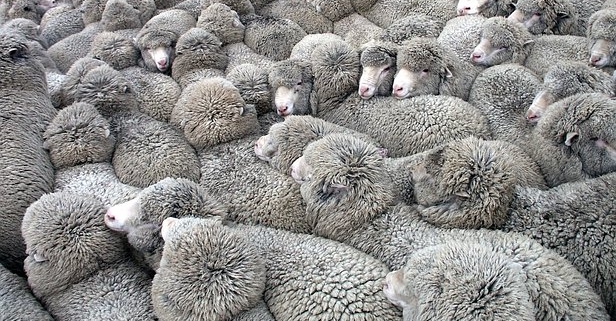 With some alterations, here’s something I wrote two years ago that relates very much to the concept of my new book:

When I was half way through graduate school, I had to pick a research topic for my dissertation. I remember this sage-like graduate student putting his hands on my shoulders, looking me in the eye, and saying, “Word to the wise, don’t pick a topic you like. Because when you’re through with your dissertation, you’ll hate the topic.”

That may have been sound advice, but it didn’t actually work out that way for me. To this day, I find my selected topic to be interesting, useful, and perhaps more relevant than ever in today’s cultural climate.

Stick with me as we hack through a somewhat tedious conceptual jungle to the other side where we’ll make some connections with what I’ve been saying about Drama People.

Erik Erikson was a German-born developmental psychologist who spent his career studying the process of human growth and development. All humans, Erikson noted, pass through predictable stages of development between birth and death.

Each of these psychosocial stages is defined by certain developmental tasks which must be successfully accomplished in order to take on the task of the next phase. Failure to do so results in arrested development. In other words, people can grow up chronologically but not developmentally, being left impaired in the abilities needed to effectively meet the demands of life.

But, how exactly does one acquire an identity? It doesn’t just suddenly appear—it has to develop, grow, and emerge. Numerous researchers have studied this question. My dissertation was based on the answer proposed by James Marcia, a developmental psychologist from British Columbia.

Marcia held that identity develops in four stages: diffusion, foreclosure, moratorium, and achievement. During each of these phases, two things either happen or don’t happen: evaluation and commitment. Evaluation means the adolescent is examining ideas, thinking things through, and weighing options. Commitment means the adolescent is saying, “That’s where I land, that’s what I hold to, that’s what I believe.”

*Reminder: I told you this would be tedious. We’ll get there.

In the second phase, foreclosure, adolescents commit to certain ideas, opinions and values without having personally evaluated those ideas for themselves. They’ve simply adopted the ideas of others as their own. Consequently, foreclosure ideas are sometimes referred to “second-hand beliefs.” That is, someone else thought the ideas through and the adolescent adopts them sans evaluation.

The “someone else” from whom these ideas come are authority figures such as parents, teachers, pastors, coaches, scout leaders, neighbors, or relatives. Or, they may be gang leaders. They could be the “cool kids” at school. They could be athletes or celebrities. They could also be virtually anyone to whom the power is granted to determine the ideas to be adopted. The thing to remember about the stance of the foreclosure adolescent is this: Since you believe it, so do I.

In the next phase, moratorium, something very crucial occurs. The ideas which were uncritically adopted in foreclosure are subject to critical evaluation in moratorium. In effect, the moratorium-stage adolescent says, “Why is that true? How do I know that’s true? Who says that’s true? Why should I believe it? The dogmatic commitments of foreclosure are suspended in favor of moratorium evaluation. Ideas aren’t necessarily abandoned but are called into question instead.

The central question of foreclosure is: What?

(Tell me what to believe and I’ll believe it.)

The central question of moratorium is: Why?

In the last phase, achievement, the adolescent now makes commitments to ideas that have been personally evaluated. By successfully navigating the questioning phase of moratorium, the “second-hand beliefs” of foreclosure morph into the “first-hand convictions” of achievement.

What’s held to in achievement may look exactly like what was held to in foreclosure. The difference is that these ideas are now personally owned. The ideas have the adolescent’s finger prints all over them. The fragile notions of foreclosure become the more deeply-held values of achievement. Because achievement ideas aren’t authority-contingent like those of foreclosure, they are more resilient and less susceptible to influence.

Okay, we’ve hacked our way through to the clearing, so let me connect all of this to our larger theme of Drama People.

There are many adults who chronologically arrive in adulthood while being developmentally stuck in foreclosure. They’ve never learned to think for themselves and, consequently, look to others to do their thinking for them. They unwittingly adopt the stance: Since you believe it, so do I. They are now vulnerable to Drama People who will exploit their weakness of critical evaluation.

Let’s say a woman is married to a my-way-or-the-highway husband. The unspoken drama arrangement is: “My role is to be in charge; your role is to do what I need you to do and be who I need you to be. As long as we both stay inside our roles, we’ll live harmoniously.” An achievement-level wife would likely resist such an arrangement, but the foreclosure-stuck wife might unwittingly play her designated role. Not only does she do what he demands, she thinks what he thinks.

On a collective level, masses can get manipulated into groupthink echo chambers in which they stop thinking for themselves. This gives Machiavellian leaders the power to do their thinking for them.

In previous letters, I’ve quoted Werner Pusch, a member of the German government during the time of Hitler’s rise to power. He was interviewed on the award-winning series, “World at War.” In his verbatim description of hearing Hitler speak at an early Nazi rally, he states,

For the first few minutes, he wasn’t a good speaker; he was just warming up and finding the words. But then, he turned out to be a terribly good speaker. And the whole atmosphere grew more and more hysterical. He was interrupted after nearly every phrase by big applause and women began screaming. It was like a mass religious ceremony.

As I listened to his speech, I felt the more and more excited atmosphere in the hall. For some seconds, again and again, I had a feeling of what a pity I can’t share that belief of all those thousands of people—that I am alone and contrary to all that. It was funny, I felt that he was talking all the nonsense that I know, the nonsense he always talked.

But still, I feel that it must be wonderful to just jump into that bubbling pot and be a member of all those who are believers.

There have always been—and will always be—leaders who are empowered to manipulate when immature others forfeit their right to think independently. They acquire power, not through the persuasion of ideas, but through the exploitation of uncritical thinking.

When people can’t think for themselves, they’re easy prey for drama predators. That’s why it’s so important for grown-ups to finish growing up.