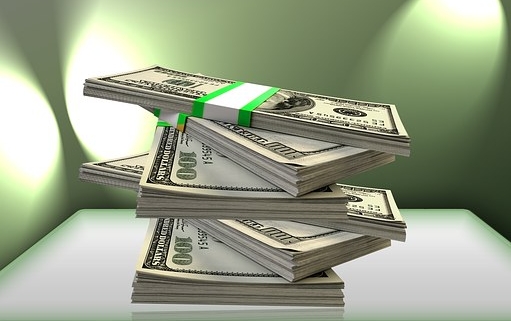 A theme upon which I plan to expound in my upcoming book has to do with the collective participation in dramas.

We’ve all gotten sucked into the dramas of individual Drama People, but there’s also such a thing as group participation. Recently deceased theologian, Eugene Peterson, once observed:

How is it, we’ve all wondered, that large numbers of intelligent, cultured, and sophisticated people were hoodwinked en masse by the likes of Adolph Hitler? How did Southerners—and many Northerners—buy into the evils of slavery, Jim Crow, and segregation? The answer, in part, has to do with the power of a crowd.

Dramas can be entered through several doors, and one of those is the Faustian Bargain. I wrote about this in a previous letter and thought I’d share it again today.

By the way, when I read back over this, I realized I probably should’ve used fewer Star Wars examples. But just so you know, I’m not one of those guys who, on July 4th, thinks it’s funny to post the meme, “May the Fourth Be With You.” Just wanted to make that clear.

It seems most common that people get sucked into dramas unwittingly. They’ve gotten tricked and feel so stupid when they realize what has happened after the fact. Their drama participation didn’t result from conscious, deliberate decisions but—like the proverbial frog boiling in the water—from incremental acclimations.

There are cases, however, in which people play their roles deliberately. Believing their eyes to be wide open, they willingly participate in the drama for some supposed gain, only to later discover the unseen dangers lurking backstage.

Which brings us back to the Faustian bargain. Here’s how Encyclopedia Britannica defines the term:

Faustian bargain– a pact whereby a person trades something of supreme moral or spiritual importance, such as personal values or the soul, for some worldly or material benefit, such as knowledge, power, or riches. The term refers to the legend of Faust, a character in German folklore, who agrees to surrender his soul to an evil spirit (in some treatments, Mephistopheles, a representative of Satan) after a certain period of time in exchange for otherwise unattainable knowledge and magical powers that give him access to all the world’s pleasures. A Faustian bargain is made with a power that the bargainer recognizes as evil or amoral. Faustian bargains are by their nature tragic or self-defeating for the person who makes them, because what is surrendered is ultimately far more valuable than what is obtained, whether or not the bargainer appreciates that fact.

In keeping with the words of my letter’s subtitle, examples of the Faustian bargain abound in “relationships and culture.” On a relational level, an example would be the son who voluntarily lays aside his own career pursuits to enter Dad’s chosen profession, knowing full well that charting his own professional path will likely get him disinherited. An example on the cultural level would be the constituent who overlooks the debaucheries of his unprincipled party leader for the purpose of gaining and maintaining the power to advance his party’s principles.

I’d like to highlight several features of the Faustian bargain stemming from the above definition. Here goes…

The Faustian bargain is exceedingly tempting.

Here’s where we might employ the term transaction. I’ll give up something of extreme importance to gain something I consider to be more important. “Join me,” Darth Vader dared Luke Skywalker in The Empire Strikes Back, “and together we can rule the galaxy as father and son.” That was very tempting.

The Faustian bargain is knowingly entered into by both parties.

The bargainer recognizes the power as “evil or amoral.” In most dramas, the evil of the manipulator is an after-the-fact realization. The person who willingly participates in the Faustian bargain, however, sees the evil upfront but disregards it or minimizes it, figuring the ultimate gains will outweigh the losses.

The Faustian bargain is immediately satisfying.

At first, the bargain does indeed seem to pay off. The tangible upsides override any concerns about the potential downsides. Mussolini’s excesses were overlooked because, after all, “He got the trains to run on time.”

The Faustian bargain is insidiously corrupting.

Anakin Skywalker, Luke’s father, was seduced by promises of power to join the Dark Side, at which point he became Darth Vader. When principles are forfeited to gain power, you’ll ultimately end up with neither power nor principles. And the corruption doesn’t usually occur in one fell swoop, but in increments. Those who find themselves in dramas through involuntary manipulation wish to get out. But those who voluntarily participate through Faustian bargains wish to stay in, holding out for the never-to-materialize payoff. And the longer they remain, the more pervasive the corruption.

The Faustian bargain is ultimately bankrupting to its participants.

As stated in the above definition, “Faustian bargains are by their nature tragic or self-defeating for the person who makes them.” The person gives up something valuable in exchange for something of supposed greater value only to discover that the sought-for prize is fool’s gold.

In response to Emperor Palpatine’s strong-arming to abandon his silly Jedi principles and join the Dark Side, Luke responded, “I will not turn, even if you are forced to kill me.” He turned down the offer of a Faustian bargain.

There’s a term we use to describe such a person: Hero.

Oh, and may the fourth be with you.