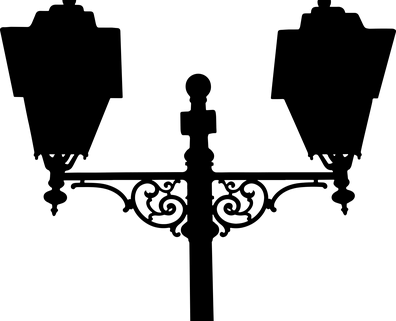 But the point is the same: When one’s grasp of knowledge is insufficient, it’s application can do more harm than good. A friend tells you that bringing an electric space heater into your bathroom makes getting out of the tub on a cold night a toasty and pleasant experience. But balancing that heater on the side of your tub may get you toasted.

This little learning phenomenon sometimes happens innocently and with no malicious intent. However, this isn’t the case with Drama People. They build up arsenals of information and weaponize them for drama-enticing purposes.

One such weapon is the term, gaslighting.

If you’ve been reading this weekly letter for a while, you may remember me talking about the concept of gaslighting. The term originated subsequent to the 1944 film, Gaslight, in which a woman’s husband is up to no good. Each night, the husband leaves the house under the guise of going to his office but instead climbs into the attic where he’s doing something nefarious (I won’t spoil it for you). It’s pre-electricity, so to see what he’s doing, he turns on the gas lights which then reduces the gas flow to the other lights in the house, and they all dim.

Every night upon his return, his wife regales her experiences with the mysterious dimming lights and unexplained sounds: “I hear noises and footsteps. I imagine things, that there are people over the house. I’m frightened, and of myself too.” Very gently, he reassures her, “I know you never lie to me. I believe you. You’re not lying. It’s worse than lying. But perhaps I’m wrong to try to handle this myself. The case is for people who know about those things.”

In other words, “You’re seeing and hearing things, and you need professional help.” The term, gaslighting, was later coined from that movie. It’s a term of manipulation in which the manipulator tries to get the target to believe that he or she is crazy. The senses are mistrusted, perceptions are questioned, and the target feels flummoxed and bewildered.

So, what does all this have to do with my previous “little learning” quote? Just this: A manipulator will sometimes gaslight by accusing his target of gaslighting. Perhaps they’ve read about the concept in a grocery store magazine article and then conveniently uses that piece of information as a weapon in the drama battle. I’ll give you an example:

I worked with a husband and wife once who were, to use a clinical term, a mess. I won’t go into detail, but their dysfunctional relationship was characterized by years of bad choices and destructive patterns. And there was blame to be had on both sides. For his part, he acknowledged his negative contributions and expressed an ongoing willingness to change. She, on the other hand, made no such admissions of guilt and repeatedly rationalized her transgressions as somehow being his fault. By her telling, she was the innocent victim sentenced to a life of misery with a malignant spouse. I had enough time and exposure to this couple to know that her take on things was inaccurate. But when she told this victim story to her friends, she was lavished with validation.

Somewhere along the way, she read an article about gaslighting, a concept about which she was previously unfamiliar. She took this little learning and fashioned it into a cudgel which could then be swung at her husband when needed.

For instance, he might make an innocent comment about something. She would then attribute inaccurate meaning to the comment, take offense, and dogmatically proclaim, “Oh, I know exactly what you meant when you said that.” He would then say, “But that’s not at all what I meant or even what I said. You’re misunderstanding me.” She would then say, “See, you’re trying to gaslight me—to make me feel like I’m the crazy one. I see what you’re up to and I won’t let you get away with it.” Any subsequent attempt to correct her interpretation was simply cast as further evidence of gaslighting. By this point, taking a bath with his space heater might’ve seemed preferable to continuing this conversation.

She interpreted his advocating for truth as evidence of his lies. Understandably, his frustration level with being caught in this web of reality distortion was stratospheric.

I’ve said many times before that manipulators operate in a fog of confusion. Being accused of gaslighting while being gaslighted creates a zero-visibility fog.