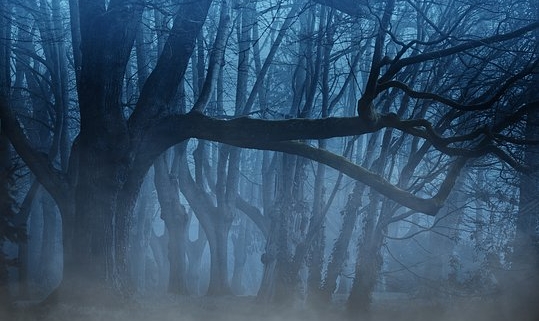 Last week, I wrote about gaslighting which is a particularly pernicious form of lying. I wanted to stay with that theme and considered entitling this week’s letter, “The Truth About Lies and Why We Believe Them.”

The more I thought about it, however, the more I realized I’d already said what I was planning to say—in my book. So, here’s an excerpt where I discuss the lies that Drama People tell.

(Note: I used the term unreasonable people in my book, but I’ve changed it to Drama People for the purposes of this letter. I’m using the terms synonymously.)

When the drama succeeds, the Drama Person feels good and you feel upset. That’s because you’ve been used. He’s enticed you into playing the required role so that he can be the good guy. He’s used you to enhance himself. This violation of your boundaries elicits a range of emotions from rage, to exasperation, to sadness, and to the anxiety that accompanies befuddlement. Concerning these feelings, Scott Peck, who uses the term “evil” for Drama People, says,

First, drama participation makes us sick.  Peck refers to this as “revulsion” and is why we’ll sometimes say, “I just want to throw up” after experiencing the violation. Drama participation not only makes us feel sick but can also make us actually sick. The stress involved and the effect on our immune systems can lead to actual physical illnesses.  Consequently, the phrase, “You make me sick” can be literally true.

Second, drama participation drives us crazy. Dealing with Drama People leaves us confused, baffled, and discombobulated. The purpose of the drama is to obscure the truth by promoting the good guy lie. As Peck says, lies confuse, so it stands to reason that getting caught up in the drama has a confusing effect. I’ll illustrate this confusion by referring to an episode of the old TV show, The Twilight Zone.

The setting is a hospital. When the story begins, we see a woman lying in a bed, her face wrapped in bandages. The doctors and nurses appear only in the shadows. The woman had just endured the last in a series of surgical procedures to correct her grotesque appearance. The doctors expressed little hope for success since all previous surgeries had failed. They encouraged her, instead, to look forward to life in a special colony inhabited by people who were similarly afflicted. If this last-ditch surgical attempt proved unsuccessful, she could be assured of a good life nonetheless.

The anticipated moment arrives for removal of the bandages. When the last dressing falls from her face, a gasp is heard in the background. “It didn’t work,” the doctors exclaim. The woman turns and we see her face for the first time. She is ravishingly beautiful. The camera pans the room where the doctors and nurses step out of the shadows. They look like pigs. That’s right, humans with pig faces. The woman looks in the mirror, screams with horror at her appearance, and runs down the hallway into the arms of one of her kind—a ruggedly handsome man. The episode ends with these two attractive individuals being escorted away to the “ugly people” colony.

In this story, pig-faced people had convinced gorgeous people they were hideous. That’s what a Drama Person attempts to do with a reasonable person. His survival depends upon getting us to believe this lie: “I’m OK; you’re not.” This lie can be so convincing that reasonable people often lose sight of the distinctions between truth and falsehood. One client, who was raised in a family system densely populated with pig-faced Drama People, used this analogy to explain her confusion:

It became clear to me just how wacked they all were after I had moved away and built healthy relationships with normal people. When I would attend one of the obligatory family gatherings, however, it was so easy for me to lose my perspective. They all truly believed that they were normal and that I was the strange and peculiar one. I felt like I was in the “Twilight Zone.” It was as though I was standing in front of a red couch commenting to a cousin about the beautiful red color. The cousin would then laugh, exclaiming that the couch was not red but green. Other family members would chime in, laughing hilariously at my colorblindness. I’d leave the gathering thinking to myself, “Maybe it’s not red but green like they say.  Maybe it’s me.  Maybe I am colorblind.  Maybe I’m the peculiar one.” It would take me a while to regain my grasp on reality.

We can feel confused for one of several reasons. First, there is often a disturbing discrepancy between the public image the Drama Person portrays and who he actually is in private. Attributes, which may be positives in public, are the same ones that have such a negative effect privately.  For instance, a master who has to be in charge may excel in commanding a military campaign but be a controlling jerk at home. Frustratingly, he’s lavished with praise for his accomplishments by people who think he’s wonderful.  And those same people may think something’s wrong with us for not agreeing with them. How can someone be such a winner in one realm and simultaneously be such a loser in another? That’s confusing.

Second, we may feel confused because the Drama Person stages dramas on some occasions and not on others. And when they’re not staging dramas, they can be very pleasant to be around. For instance, a messiah may be happy and normal as long as she is receiving sufficient amounts of gratitude for her caretaking activities. So, who is she? The happy normal person or the shrew who makes us feel guilty for failing to appreciate her? That Jekyll and Hyde split is confusing.

Third, he creates a smokescreen by highlighting our flaws and calling us hypocrites for criticizing him. “How dare you judge me when you’ve got your own shortcomings” is the thought. If successful, we’ll think, “Maybe I am being too hard on him. He’s right, after all, I do have problems.”

Fourth, he has mastered the art of projection. All of us participate in an odd practice developed in the 1920’s. We go to large rooms, sit in comfortable chairs, buy incredibly expensive snacks, and stare at a wall for 2-3 hours. At the end of the time, we leave and discuss the experience with our friends. Often, staring at the wall elicits powerful emotions. Why? Because on the wall—a plain, flat object—a projected series of images that look and sound like real life is shown. We can get so caught up in the experience that we forget where we are, think of the images as being real, and have all kinds of feelings about them. Imagine wearing a white shirt in front of a movie projector, looking at what’s being projected onto your shirt, believing that the projection is you, and having feelings about what you see.  That’s what the Drama Person’s projections are designed to accomplish. Unable or unwilling to tolerate personal wrongness, he projects his negatives onto us so that we become the possessor of them. He accuses us of the very things that are true of him. When we look at what’s being projected, believe that the negatives are true of us and have emotions about them, we’ll think, “Is it me or is it him?  It must be me.” At that point, the lies have accomplished their confusing purpose.

Finally, drama participation wears us out. Dealing with Drama People can be absolutely exhausting. They can suck the life out of us. They can keep us awake at night.  Remember, they are fighting to safeguard a survival level need—rightness—and they accomplish this through staging dramas. It takes a lot of energy to avoid being enticed into Drama participation and to handle it well when it happens.  If it feels like a battle, it is. One client put it this way: “When I’m with him, I experience what happens to Superman when he’s around Kryptonite. I just lose all my strength.”