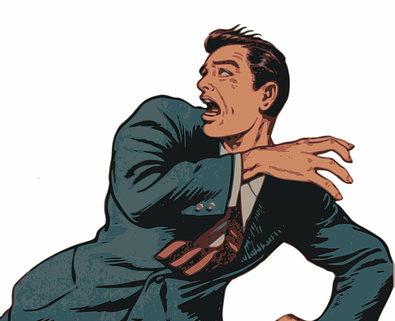 Most of us have heard that freedom of speech in America comes with a caveat: “You can’t shout ‘fire!’ in a crowded theater.”

The phrase originated with Justice Oliver Wendell Holmes’ 1919 U.S. Supreme Court opinion on the limits of free speech in which he wrote,

The most stringent protection of free speech would not protect a man falsely shouting fire in a theatre and causing a panic. […] The question in every case is whether the words used are used in such circumstances and are of such a nature as to create a clear and present danger that they will bring about the substantive evils…

This is hardly a theoretical abstraction as history contains literal examples. In 1902, over 3,000 people crowded into the Shiloh Baptist Church in Birmingham, Alabama to hear an address. Two people got into a dispute over an unoccupied seat and someone yelled the word, “Fight!,” which many misheard as “Fire!” A stampede for the exits ensued and 115 people died.

Perceived danger causes people to panic—it’s human nature to do so. When a threat is perceived to be existential, the fight or flight mechanisms become activated and the actions that follow are determined more by instincts than rationality. Under such circumstances, people may even lay aside ethical principles which would normally keep their impulses in check.

But, notice that the word “falsely” does most of the heavy lifting in Justice Holmes’ opinion. He was referring not to circumstances of accidental misperception, but to those where the “shouter” is purposely manipulative. He contrives, distorts, or exaggerates the menace for the purpose of exploiting the human tendency to put emotions in the driver’s seat in the face of danger. And the more frightening a picture he paints of the peril, the more likely it is that crowds will unthinkingly follow.

The word most often used for such an individual is demagogue. I flipped on my Google machine and found this definition by Dr. Wikipedia:

A demagogue is a leader who gains popularity in a democracy by exploiting prejudice and ignorance to arouse the common people against elites, whipping up the passions of the crowd and shutting down reasoned deliberation. Demagogues overturn established norms of political conduct or promise or threaten to do so.

Demagogues shout “fire!” in crowded theaters with little or no concern for who might get trampled to death… as long as their own selfish purposes are served.

How is it, we might ask, that Germany—a nation of intelligent, sophisticated, and cultured people and the birthplace of the Protestant Reformation—could blindly follow a genocidal Hitler? It’s because Der Fuhrer was gifted at exploiting their fears and pre-existing prejudices. The Jews, Hitler proclaimed, were the “backstabbers” in their midst who would cause their nation’s downfall, so the time for action was at hand. After all, drastic times call for drastic measures, the thinking went.

In our own country, how could religiously-minded, freedom-loving people follow such bigoted governors like Alabama’s George Wallace, Georgia’s Lester Maddox, or Mississippi’s Ross Barnett who vowed to keep the freedoms of some citizens restricted? It’s because these men were gifted at exploiting the fears and pre-existing prejudices of the people to whom they were speaking. The inferior Negro race was, they concluded, in league with intrusive Northerners who were trying to “take over” and destroy the Southern way of life. Some even said that integration was a “threat to Western Civilization.”

And if the “other” is seen as an enemy, any means of fighting them becomes justified.

It’d be nice, wouldn’t it, if we could chalk all this up to the history books and throw a party in the sunny uplands of human evolution where such things no longer occur. But we’ve been reminded this past week that we can’t. There will always be demagogues and crowds ready to follow them. There will always be individuals willing to light matches in rooms filled with cans of gasoline. There will always be people willing to shout “fire!” in crowded theaters and not care who dies in the stampede.

Words can elevate our moral sentiments. They can articulate noble national goals, promote healing and understanding, stir people to stand against injustice, and galvanize the nation behind great causes. We use words to express our deepest longings and great loves. “I know nothing in the world that has as much power as a word,” the poet Emily Dickinson said.

But words can also wound, degrade, and humiliate. They can cultivate grievances and distort reality. And when words are used to inflame ugly passions, malignant and malicious forces can be unleashed. Even in America.

Or as my friend, clinical psychologist Gregory Lester, once noted:

The world of the conceptual is as dangerous as the physical world. “Sticks and stones can break my bones, but words can never hurt me” is the most precisely inaccurate saying of all time. Words can hurt. Words can kill.

In closing, there are two things I’d like for you to take away from this week’s letter: