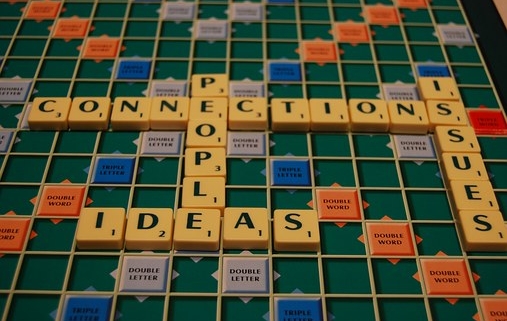 Two weeks ago, I talked about the distinctions between those who insult and those who persuade in the first of a 3-part series. This will be the second of those three. But first, let me tell you a story.

I worked at large university a while back and about once or twice a year, a street preacher would show up on campus named Brash McBrasherson. Okay, that wasn’t his real name, but I’ll just refer to him from here forward as Brother Brash.

Here’s how Brother Brash would operate during his 3 to 4 day stay. Decked out in his three-piece suit, he’d walk out into the most crowded area of campus and start preaching, huge gold-leaf Bible in hand. He never actually read anything from that Bible as I recall but would swing it like a cudgel at passersby while screaming outlandish things.

For example, if a girl walked by wearing a sorority shirt, Brother Brash would single her out by asking, “See that girl there? She lives in a den of whores.” If a male student walked by smoking a cigarette, he’d scream, “One day, it’ll be smoke from the fires of Hell you’ll be sucking down your lungs, you sinner.” If girl walked by wearing short shorts, well, you get the point. I could go on and on.

After about 10 minutes of this performance art, a crowd would start to form. And then a bigger crowd. And so on. Eventually, Brother Brash would be surrounded by three hundred, four hundred, five hundred people as he railed against sin and condemned the sinners.

But what attracted throngs to the Brother Brash Show was not the content of his words but rather the manner of his delivery and his contentious arguments with skeptics in the crowd. It always seemed to me that the multitudes were drawn to Brother Brash less out of concern for their eternal souls and more to gawk at the spectacle. And they were never disappointed. And I figure Brother Brash was never disappointed either, being able to return to his constituents with fresh stories about crowd sizes. And, to be sure, plenty of pictures. Brother Brash was gifted at creating a stir though I’m not so sure he ever created any converts, at least as far as I could tell.

With that story as a backdrop, here are some other things on my list of distinctions between those who insult and those who persuade.

On many campuses around the country, Brother Brash turned heads. But he did so, not through the persuasiveness of his ideas, but through the outrageousness of his insults. His messages had all the intellectual appeal of a professional wrestling match or a chair-throwing episode of The Jerry Springer Show. Crowd size seemed to be Brother Brash’s only metric for success.

As a casual observer, I always noticed that Brother Brash walked to and from his car… alone. He seemingly had no “disciples”—people won over during his visits. But he did leave plenty of enemies, as evidenced by the scathing letters to the editor in the campus newspaper. I suspect Brother Brash collected scrapbooks full of such letters and proudly exhibited them as testaments to his impact.

We see this distinction on display perhaps no where more clearly than in our hyper-partisanized political atmosphere. “On the right and the left,” noted author Jonah Goldberg, “persuading your opponents is out of fashion, replaced by the mandate to rile up your supporters.” That’s what gratifies insulters.

In his highly-acclaimed book, The 7 Habits of Highly Effective People, author Stephen Covey instructs, “Seek first to understand, then to be understood.” People are more likely to listen to what you have to say if you’ve first given them a fair hearing. But if you’ve insulted them, their ears shut down. That’s why I suspect no one ever heard the message behind Brother Brash’s words, assuming there was indeed a message back there to be conveyed.

Wouldn’t we all be better off with more Lincolns and fewer Brother Brashes?

Next week, we’ll finish up this discussion with Part 3 of 3.