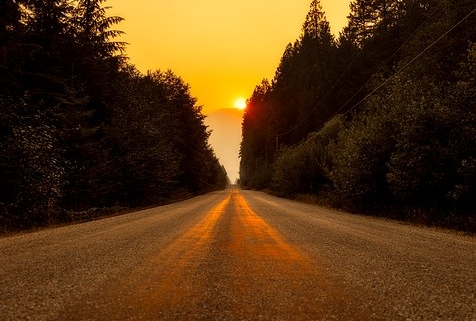 “Those who travel the high road of humility in Washington, D.C. are not troubled by heavy traffic.”

I don’t know about you, but I’ve heard the word “humility” mentioned more times than usual this week. One of those times has been in the context of the passing and funeral of our 41st president.

It’s always fascinating when a person of greatness displays humility. The story is told that on the night of his 1988 election victory, President-elect Bush made a motorcade wait so he could help clean up the dishes before their departure to the evening’s festivities. Pulitzer Prize winning author, Jon Meacham, who delivered one of the eulogies at Bush’s funeral, related that he read the eulogy to Bush prior to his death. Bush’s reply? “That’s a lot about me, Jon.”

I find that when people who have every right to be arrogant display acts of humility, their influence is enduring.

Interestingly, I had already planned to write this week about humility in closing out my three-part series on insults vs. persuasion. Those who insult do so from a position of arrogance. But persuasive people are humble people and it’s the humility that enhances their ability to persuade.

I came across an article this week written by Daniel Krauthammer entitled “In Search of Civility: In politics now, we are increasingly talking past each other.” To read the piece in its entirety, click here. His father, the late Charles Krauthammer, was also known and respected as a man of humility… and of immense persuasion. He didn’t insult people but attempted to persuade them by appealing to facts, reason, and logic all from a position of humility.

So much of what I had planned to say this week is expressed in Krauthammer’s article, so I thought I’d let him say it for me. In the excerpts below, I’ve boldfaced the points I’d like to highlight.

The partisan battles of decades past were surely not so polite and courtly as we like to think they were. But it does feel as though something has changed. That in our politics today, we are increasingly talking past each other, inclined less to engage in serious debate than to shout slogans and rally those who already agree with us.

We often associate civility with “being nicer” or “more respectful” or more “open to compromise.” Adopting those attitudes can open you up for criticism of being weak, or not fighting hard enough for your beliefs or – if you’re a politician – for your constituents.

How, then, can one be civil without simply falling into some mushy middle position–how to argue intelligently and fiercely, yet honestly and respectfully?

I believe my father was able to do this, and I think it’s because he recognized that our political disagreements are generally just the topmost layer – a projection, really – of a whole set of arguments, beliefs and assumptions that we build up in our minds throughout our lifetimes. We get nowhere if we just yell “I’m right and you’re wrong.” To make any real headway in a debate, my father once explained, you have to go deeper:

“The one thing I try to do when I want to persuade someone is never start with my assumptions, because if I do, we’re not going to get anywhere. You have to figure out what the other person believes, and then try to draw a line from what they believe into what you believe in by showing them a logical sequence. But you’ve got to lead them along and you have to have it clear in your head from the beginning or you’ll never get there…. You have to address people where they are.”

I believe this approach was the key to my father’s style of discourse. Friends, acquaintances and strangers alike have told me on more occasions than I can count: “I don’t usually agree with your father, but I love reading him – he makes me think.” Thinking is always the first step to persuading. Hardly anyone will ever change their mind or switch positions in mid-argument. But if you can make them think and open their minds to the possibility that the other side might be right, or at least has a strong point, that’s a first and powerful step in bringing them over to your viewpoint, or to finding a genuine compromise position that combines both sides’ beliefs rather than forfeiting them.

This all too often seems to be the way politics operates these days. We draw a caricature of the opposing side, dismissing their assumptions and focusing our efforts more on stirring the passions of our own side than appealing to the reason of our opponents.

But a healthy democracy must be built not just on power, but on persuasion. The democratic ideal is that citizens from a multiplicity of different backgrounds, experiences, views and opinions can – through debates, elections, negotiations and the rule of law – reach agreements on how best to govern themselves. The very word “civil,” after all, derives from the Latin word civis, meaning “citizen.”

We would all do well to take a lesson from those we’ve lost in recent months and remind ourselves that it is our civic duty to try to persuade, not just to overpower.

I also came across a quote this week from Atlanta pastor, Andy Stanley, whose point is very similar to that of Krauthammer: “The right message with the wrong approach always yields the wrong results.”