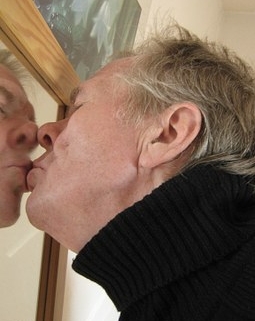 So, what exactly is a narcissist, anyway? One of the best television examples of narcissism (in my humble opinion) is Michael Scott from The Office, who once explained:

Here’s how I explained narcissism in a Drama Review from two years ago:

We’re in a stretch where I’m explaining different types of dramas. We spent a week or two looking at what I call the Master Drama in which the relational obligation is to submit. You achieve relational harmony with a Master Drama Person by acquiescing to his or her control. That’s why we call them “my-way-or-the-highway” people.

Today, I want to discuss the Mirror Drama.

By the way, the drama types I’ll be telling you about all begin with the letter M. I do this, partly to make them easy to remember, and partly because of my self-diagnosed A.C.D. (Alliterative Compulsive Disorder… I have this obsessive need to make lists of things that begin with the same letter.)

I’m admitting this to you because my sponsor wants me to break out of my denial and be transparent about it. He assures me that admission is the first step toward remission. So, there it is. I’m attending meetings and making progress, but I must say, it’s been distressing, demoralizing, and debilitating. But I’m going to lick this thing because I’m determined, dedicated, and devoted.

Anyway, back to the Mirror Drama. The Mirror Drama Person is a narcissist. Narcissism has become one of those terms that gets used so routinely that it sometimes loses its precise meaning. I hear it all the time.  Someone will say, “That guy’s such a narcissist,” but what he really means is, “That guy irritates the bejeebers out of me.” It’s become a catchall pejorative, a convenient term of derision for labeling someone you don’t like.

It’s a little like the word “fascist.” Someone on one side of the political spectrum will call someone on the other side a fascist, when what’s really being objected to is the other person’s heavy-handed manner, not their admiration of all things Mussolini.

I call narcissism the Mirror Drama because your obligation in the drama is to mirror back the narcissist’s greatness. “My role is to be wonderful and your role is to reflect my wonder,” is the relational stance of the narcissist. Or to put it another way, “I’m the sun and you’re the moon. When I look out into the blackness of space, you’re there to reflect back my brilliance.”

It’s a common misunderstanding to think of narcissism as excessive self-love, but as Personality Disorders expert Greg Lester has masterfully observed, it’s more precisely about the love of image. As we all know, the term derives from Greek mythology where the hunter, Narcissus, saw his reflection in a pool and fell in love with the image. He died staring at his reflection.

The most authoritative definition of narcissism is found in the Diagnostic and Statistical Manual of Mental Disorders, 5th edition.  I’d like to walk you through the diagnostic criteria for Narcissistic Personality Disorder and make a few comments about each one.

The manual describes it this way:

A pervasive pattern of grandiosity (in fantasy or behavior), need for admiration, and lack of empathy, beginning by early adulthood and present in a variety of contexts, as indicated by five (or more) or the following:

Note the term “pervasive pattern.” This describes the narcissist’s persistent stance. He or she doesn’t have narcissist episodes or narcissism “attacks.” It’s not like, as Greg Lester points out, the narcissist is walking down the street and suddenly says, “Whoa, I think I’m better than everyone else,” only to resume humility later in the day. It’s an ongoing way of being. Now, back to the diagnostics:

(1) Has a grandiose sense of self-importance (e.g., exaggerates achievements and talents, expects to be recognized as superior without commensurate achievements)

In narcissism world, being perceived as great is more important than actually being great. Image is more important than reality. If a person has what we call a “positive self-esteem,” that doesn’t mean that they only see their positive attributes. Rather, they see the good along with the bad and, therefore, has neither an overly-positive nor overly-negative self-appraisal.

But, a narcissist has an internal low view of self, and strives to maintain a grandiose exterior. That’s your “job” in the relationship, by the way—to keep their external attributes polished and shiny.

(2) Is preoccupied with fantasies of unlimited success, power, brilliance, beauty, or ideal love

(3) Believes that he or she is “special” and unique and can only be understood by, or should associate with, other special or high-status people (or institutions)

I had a friend in college who would walk by a mirror, stop, and say, “You good looking thing, don’t you ever die.” But, he was joking. The narcissist would really mean that.

I had another friend who liked to say, “Oh, I’m sorry. I’ve been going on and on talking about me. Why don’t you talk about me for a while?” But again, he was joking. The narcissist’s favorite subject is himself and that should be your favorite subject as well.

(5) Has a sense of entitlement, (i.e. unreasonable expectations of especially favorable treatment or automatic compliance with his or her expectations)

You’ve heard it said about someone, “The rules don’t apply to him or her.” The narcissist is in a special league above all the rest of us—or so they think.

(6) Is interpersonally exploitative, (i.e. takes advantage of others to achieve his or her own ends)

Narcissists step on you to lift themselves up—and feel quite justified in doing so.

(7) Lacks empathy: is unwilling to recognize or identify with the feelings and needs of others

In an earlier letter, I discussed empathy. That’s the quality that enables you to feel bothered if a personal flaw adversely affects the other person. Narcissists are empathy-deficient. That’s why we say things like, “It’s all about him” or “The world revolves around her.” Narcissists are oblivious to the needs of those around them, but with one exception. If caring for you makes the narcissist look good, they’ll do it.

Narcissists want what they don’t have and have convinced themselves that others are after what they’ve got.

Again, “getting along” with narcissists requires you to worship at the feet of their greatness. They love people who love them and trash those who don’t.

So… That’s the Mirror Drama, the narcissist. I don’t know about you, but I thought this letter was decidedly delightful and definitively descriptive.