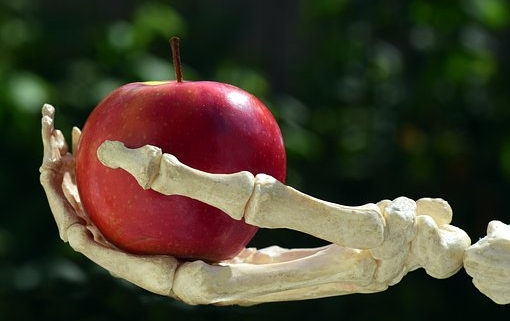 I’ve always loved the 1946 movie, It’s a Wonderful Life. (Yes, yes, I realize we’re way past Christmas, but stick with me here). Here’s a quick recap of the movie’s plot:

In the small town of Bedford Falls, the Bailey family runs a struggling savings and loan institution. The Baileys are the “good guys” in the movie. Their antagonist is a crusty old curmudgeon named Mr. Potter. He’s rich, powerful, parsimonious, and owns or controls most everything in town—except the Bailey Building and Loan—which galls him to no end. The citizens of Bedford Falls love the Baileys, but they loathe Mr. Potter.

At one point, Mr. Potter invites George Bailey to his office. (Incidentally, George was played by a young Jimmy Stewart who, in real life, had just returned from flying missions over Nazi Germany. He was suffering from PTSD and throwing himself into the role of George Bailey was part of his recovery strategy: That has nothing to do with the point of this letter, but I thought it was interesting.)

So, where was I? Oh yeah, the meeting.

Mr. Potter astonishes George by offering to pay him a large salary to come run his operation that would, of course, necessitate the shutting down of the Bailey Building and Loan. Flabbergasted, George is taken in by Mr. Potter’s uncharacteristic display of generosity.

He leans across Mr. Potter’s desk to seal the deal with a handshake, and then it dawns on him—he’s being scammed. He pulls his hand back, wipes it off on his coat as if he’d just reached into a toilet, and exclaims:

You sit around here and you spin your little webs and you think the whole world revolves around you and your money. Well, it doesn’t Mr. Potter. In the whole vast configuration of things, I’d say you’re nothing but a scurvy little spider!

At that point, George storms out of Mr. Potter’s office furious, mainly with himself, for almost biting the bait.

-Notice the deviousness of Mr. Potter’s ploy. His frontal assaults to vanquish the Bailey business had repeatedly failed, so he attempted a flanking maneuver. He approached George, not as one demanding control, but as one offering a rescue. He was well-acquainted with George’s financial struggles and appealed to his need for a fiscal messiah. He even referred to him as, “George Bailey, whose ship has just come in.” Mr. Potter shifted from one role (controller) into another role (rescuer) as a way to ultimately seize control. Had George inked the deal, his Building and Loan would’ve ceased to exist, and Mr. Potter’s flag of victory could then, at long last, be hoisted atop Mount Bedford.

Depicted in this movie was something we all admire—a heroic figure standing on principle in the face of opposition. Giving up his business and working for Mr. Potter certainly would’ve resolved George’s pressing financial difficulties. But he also understood that his short-term gain would result in long-term pain, not only for himself, but for the citizens of Bedford Falls. George knew that the price you pay for what you get in a Faustian Bargain is ultimately far greater than what you get. He considered his long-held principles too valuable to sacrifice on the altar of short-term financial relief.

Standing on principle in the face of opposition is admirable, but it’s also less common. In fact, doing so runs against the grain of human nature. It’d be easier if we were fictional movie characters like George Bailey, but we live out here in an off-screen world with non-fictional pressures.

I can’t speak for you, but if I had been on the receiving end of Mr. Potter’s offer instead of George Bailey, this is what would’ve likely been inside the thought bubble above my head:

I’ve known this guy for a long time and he’s a truly despicable human being. But, right now, he’s being nice and pleasant. He seems so—dare I say it—normal. And generous… go figure! I’m having a hard time getting my head around this.

If he’s for real and gives me the salary he’s promising, I can pay off debts, buy my kids better clothes, and fix up that ramshackle place we call a home. Heck, we could maybe even move. I wouldn’t constantly have to think about how to make ends meet.

This could be a scam, but so what if it is? Sure, Mr. Potter will control the whole town, but I’ll be freed up to help people around here in ways I never could before. So, we’ll all be better off.

And if Mr. Potter is such an awful person, why is he doing such a good thing? Maybe he’s not so bad after all. I mean, nobody’s perfect. I should probably just get over myself and take this offer.

That’s how manipulators operate. They wear masks of normality to conceal their duplicities. They hack into our value operating systems and infect us with time-released viruses. They exploit our natural desires for short-term gratification to achieve their self-serving purposes. And by duping us into disregarding their corruptions, we ourselves can become corrupted.