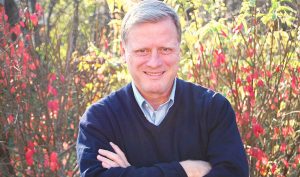 There’s so much in the news these days about civility—or its lack thereof—that I had planned to say something about it in this week’s letter. But alas, given the revelry of vacation, it’ll have to wait. Instead, I’d like to post something called “The Porcupine Dance” which is actually the first chapter of a book I wrote a few years ago.

I don’t like to post re-runs very often so the fact that I’m doing it two weeks in a row is a little disconcerting. I probably shouldn’t push my luck. But as Michael Scott from The Office once noted, “I’m not superstitious. I’m just a little ‘stitious.”

It was a big day for me.  I had recently passed the driving test—on the second attempt, I might add—and successfully convinced my mother to let me take her blue Pontiac to school. In my mind’s eye, I pictured this occasion unfolding in the following manner. First, I would pull up to the school and park.  Then, as I emerged from the vehicle, groups of girls would gather and watch from a distance, impressed beyond words, yearning deeply for the chance to date me.  Members of the “in-group” would say to each other, “We need to ask that guy to hang out with us. Man, he is so cool.” Driving the car to school would be my ticket to popularity.

Assured that all had gone as planned, I smugly took my seat in first period, having confidently crossed the threshold into the world of cool-dom. Just then, our principal switched on the intercom and said the following:

The class exploded in raucous laughter, as did other classes up and down the hallway. “What kind of idiot would do that?” some questioned. “What a goob!” others exclaimed.

For a fleeting few seconds, I actually considered joining in to ridicule this anonymous nitwit. “No way I’m going to admit this,” I internally reasoned. “I’ll leave it running.  It’ll probably just run out gas.”

But then, the little sense I did possess kicked in and I walked to the front of the classroom to confess that the car was, in fact, mine.  My teacher displayed a mixture of graciousness along with a look suggesting, “I’m so glad I’m not you.”

As I ran the gauntlet to the principal’s office, classrooms were still racked with laughter laced with words like “nincompoop” and “loser.” I was told later that my friends (I use that term loosely) in other classes all loudly proclaimed, “Godwin! That’s Alan Godwin’s car!”  For a single day, I had the dubious distinction of being the most conspicuous person at school but not in the manner I had envisioned. My mom wasn’t so pleased, either.

At times, what we desire the most, relationship, is the source of our greatest consternation. I was thrilled about taking the car to school that day not because I liked driving it—it was a powder blue Pontiac Catalina, for crying out loud.  Instead, I was pumped about the relationship enhancement possibilities. My motivation had not been automotive, but relational. And the discomfort I felt for the rest of that day had little to do with understanding the potential car damage and everything to do with the damage done to my esteem in the eyes of others. Relationships fulfill us the most but can also hurt us the most.

John Ortberg talks about the “dance of the porcupines” which works like this. A desire for connection draws us toward people. But the fear of hurt causes both of us to stick out “quills” for protection. The pain of getting poked causes us to move away. Alternating between moving in and moving out is the dance. Now let’s look at the individual dance steps and what must happen to alter the pattern.

Understanding the fundamental need for connection, many songwriters have penned lyrics that reflect this deep human longing. That’s why our radios are flooded with romance songs that express notions like:  I can’t live without you, I can’t get enough of you, I’m only happy when we’re together, or I’m not a whole person without you.

Throughout our lifespan, we need and desire what psychologists refer to as attachment. Infants need attachment so much that depriving them of it may even cause death in some cases. Adoptive parents are warned about possible difficulties if an adopted child’s early attachments were deficient. As we proceed through the developmental stages, we relish inclusion but hate being excluded.  We form friendships, join clubs or teams, enroll in associations, join fraternities or sororities, go to parties, hang out together, visit chat rooms, text message each other, connect ourselves to the worldwide web, date, get married, and attend family gatherings. Some people join gangs. Others join churches, sing in choirs, enroll in small groups, serve on committees, or travel with others on short-term mission projects. We yell with others at sporting events, laugh together at comedy clubs, and cry together at funerals. Ex-soldiers recall fondly, not the combat they endured, but the deep friendships formed in times of battle. Retiring athletes talk about how much they’ll miss the locker room camaraderie. If we get sick, studies show that restoration of health is facilitated by healthy interpersonal connections. At the time of death, we prefer to be surrounded by those we love. From one end life to the other, we spurn loneliness and seek the company of others. In short, the “moving in” step of the dance is driven by this universal need to attach.

When we attach ourselves to someone, we invariably discover that this sought-after object of attachment has flaws, rough edges that hurt when encountered. Indeed, there is something wrong with all of us. Psychologists call it “abnormal psychology” or “psychopathology,” while theologians call it the “fallenness of man” or “depravity.” “From the crooked timber of humanity,” wrote Immanuel Kant, “no straight thing was ever made.” Most of us use colloquial terms like “screwed up” to express it. It’s been said that there’s ‘a little larceny’ in us all.

While romantic music expresses our attachment wishes, some country music speaks to the pain experienced when affections turn sour. I once heard a few spoofs on country songs that expressed these notions:

Anticipating the potential pain of connection, we instinctively stick out “quills” for protection, the internal thought being, “If I let you in too close, I could get hurt.”  When we move in, we get poked, and then the next dance step occurs.

We crave attachments but hate pain, so we move out. For protection purposes, we distance ourselves from the relationship—the very thing we desire the most. This strategic maneuver of using “relational geography” is displayed in several common renditions:

The basic stance here is, “It’s okay for us to be close, but not that close. We’re not going to talk about it, but I only let people in just so far.” These people have relational moats and drawbridges used to deny access to the castle’s inner sanctum.

I once watched a TV interview with a notable public figure and his wife. When the questions turned personal, his wife said, “Most people see my husband as friendly, gregarious, and warm. And that’s true. But what people don’t see is the steel wall that drops when you get in close. We’ve been married for a long time and even I have never seen on the other side of that wall.”  The intrigued interviewer turned to the man and asked him to comment at which point the camera framed his head and shoulders.  He paused, stammered, and began talking about his public achievements.

The interviewer interrupted him and repeated her request for him to elaborate on his wife’s comments. The camera then zoomed in for a face shot only. Once again, he paused and began waxing eloquent about his career accomplishments. The television audience got a chance to see for themselves the very wall his wife described.

Walls aren’t bad, as long as they have gates. In healthy relating, we need walls and gates to let some in, to let some in closer, to let a small number in very close, and to keep others out who don’t belong there. But for some people, “We’ll do fine as long as we keep our distance” is the unspoken relational imperative that governs all of their relationships.

Here, the thought is, “Real relationships are way too risky.  Let’s have make-believe intimacy for a while, what do you say?  That way, nobody gets hurt.” This is the philosophical underpinning of friends-with-benefits, the casual hook-up, or the one-night-stand.

When families move frequently, some kids sidestep attachments to avoid the pain of detaching. They deliberately keep their distance because they know how much it hurts to lose a friendship. Soldiers sometimes purposely decide not to get close to other soldiers, having experienced the pain of losing comrades in battle. Some people deliberately isolate themselves from others to avoid the complexities of relationships. There was a time when most houses were built with front porches, a place where neighbors could sit and visit. Now, we’re more likely to build houses with privacy decks that hinder us from knowing our neighbors.

“I get my closeness needs met by watching others do it.  That way, I don’t get hurt.”  Some people are spectators in the stands watching characters from pop culture, television, movies, or books taking hits on the relational field of play. Another form of this is pornography in which paying customers substitute contrived connections for ones that are real.

“I’ve been burned so often in person that I prefer cyber-anonymity. It seems safer and quicker and, if I encounter a loser, I can always hit delete.”  In some ways, technology is a means of connecting with others. But some people use it for protection, a way to form what they perceive to be low-risk attachments.

Distancing, in whatever form it takes, protects us from pain. But it gets lonely out there. Eventually, we’ll move back in, seeking the attachment we so desire. The cycle has now run its course only to repeat itself.

The porcupine dance is an attempt to handle the tension between two competing drives—attachment wishes and pain avoidance. We want to be close but don’t want to be hurt. We seek what relationships provide but shun what relationships bring . . . problems. But the dance doesn’t resolve the tension; it only perpetuates it. And for some people, it’s a marathon dance that lasts a lifetime.

So, how can porcupines ever stop dancing? Or to ask the question in human terms, how can we be close to people when closeness is certain to bring problems with people?  This book attempts to answer that question. Porcupines get close by relaxing their quills. People get close by fixing their people problems—problems that stem from being flawed and imperfect. Closeness to others necessitates fixing our problems with others. But our natural tendency is to handle those people problems poorly. That’s the subject of Chapter 2.