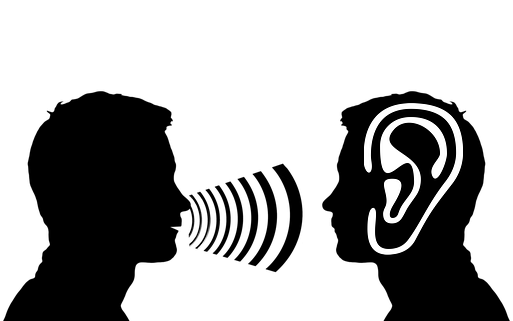 The story is told—it may be apocryphal—of a wartime conclave between Winston Churchill and Franklin Roosevelt. A number of items were on their agenda, but one stood above the rest. There was a crucial decision they had to make regarding the Allied war effort to defeat Nazi Germany.

It was late at night before the meeting was scheduled to wind up the next morning, but no conclusion had been reached. Tensions were mounting. With a tone of exasperation, Churchill exclaimed, “I am absolutely resolute that we need to table this subject.” “I completely disagree,” protested Roosevelt. “We dare not go back to our respective countries with this issue unresolved.” These two Allied titans then became embroiled in an emotionally-laden dispute.

The argument continued until someone in Churchill’s entourage took it upon himself to provide some much-needed clarity. When Roosevelt heard the phrase, “table this subject,” he likely had in mind a concept from Roberts Rules of Order in which a motion is temporarily laid aside in order to address a more urgent issue. That’s called, “tabling the motion.” So, when the Prime Minister’s words passed through his perceptual filter, Roosevelt understood Churchill to be saying, “Let’s lay this aside and move on to something more important.” And Roosevelt was angry about that.

But, as Churchill’s aide pointed out, that’s not what Churchill meant. In British parliamentary verbiage, “table this subject” refers to the point at which an issue has been thoroughly discussed and is now ready to be decided. In other words: “Let’s lay this on the table and cast our votes.”

Churchill and Roosevelt, it turns out, were saying exactly the same thing… they just didn’t know it. They were vigorously fighting a battle that didn’t exist. But once perceptions were cleared up, their emotions died down and they ended their meeting with decision in hand.

In close human interactions, problems of perception occur all the time. I frequently help couples in my office with what I call “mouth and ears” disputes. If something is misperceived, the question then becomes, “Was it the way I said it or the way you heard it?”

While some people have what’s needed to back out of these conversational cul-de-sacs, others don’t. Normally-wired people have enough humility to say, “I must’ve misunderstood you. What I heard you saying was this, but I now understand that you were saying that. OK, we’re clear now. Sorry for the confusion.” I can only assume that Churchill and Roosevelt had their version of this clarity conversation.

But the cars of Drama People have no reverse gears, so once the cul-de-sac has been entered, the only directional option is forward. They double down. They insist, “You’re the one who’s at fault, not I.” They’re not even willing to consider the possibility of personal wrongness.

Years ago, I was in a supervisory position over someone who became enraged with me over a misperception. To this day, I’m not sure how that happened. What her ears heard was not what my mouth said—at least, I don’t think it did. But I’m willing to concede that perhaps I misspoke.

I tried to clear it up by saying, “I’m so sorry for the miscommunication. We’ve misfired somehow but what I was meaning to communicate was this.” All would have been well had she simply said, “OK, that’s good to hear. Thanks for clearing that up.”

But she doubled down by declaring, “You did say it, but you just won’t admit it. I heard what you said, and I know what you meant. That’s why you shouldn’t be supervising people. Have you thought about getting another job?”

She pulled into the cul-de-sac and, having no reverse gear, stepped on the accelerator. Unable to admit the possibility of wrongness, she quickly moved from critiquing my words to attacking my character. She began making dogmatic assertions about something she couldn’t observe directly—my intentions. And she refused to be dissuaded no matter what I did or said.

Being misunderstood with no way to clear up the misunderstanding is extremely frustrating to say the least. That’s what happens with Drama People.

The story I just told happened a long time ago and I suspect my co-worker has since grown past that area of immaturity. I sure hope I’ve grown past some of mine. But Drama People refuse to grow up. That’s why I sometimes refer to them as “children in the bodies of adults.” I once asked a man where he worked and he replied, “I work at (name of business), also known as “Adult Kindercare.”

I wonder if child daycare centers accept adult Drama People. I should look into that.