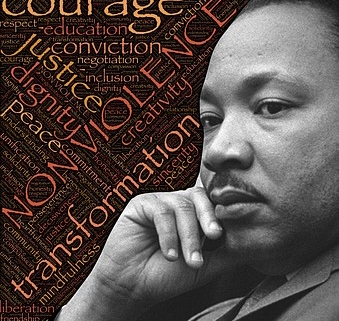 I sent this out on the 50th Anniversary of MLK’s death but it seemed apropos to send it out on the day we commemorate his birth.

Martin Luther King is one of those figures who looms larger on our national landscape as the years go by. There’s a sense in which, as Jon Meacham notes in his book The Soul of America, King became an honorary member of that group we call our Founding Fathers. The same could be said of Abraham Lincoln. Lincoln appealed to the founding documents to preserve the union and emancipate enslaved peoples. King appealed to the founding documents to argue that those principles should apply to all people, regardless of color.

Lacking what’s needed to handle people problems in a reasonable manner, Drama People resort to their only relational alternative—drama. Drama operates through the following unspoken imperative: My role in the drama is this; your role in the drama is that. As long as we both stay inside of our drama roles, we’ll get along just fine. Any questions?” Consequently, relational “success” is contingent upon drama participation. That’s just how it works.

So, let’s say a person—rightfully-so and healthily-so—decides to stop performing his or her obligatory drama role. What does that do to the Drama Person? Here’s where I talk about three Drama-Person-levels.

A “Level 1” Drama Person initially gets frustrated with your drama non-participation and tries to force you back into your role. But if he’s repeatedly unable to coerce your re-participation, his frustration may eventually lead to healthier ways of relating. He starts exercising his previously atrophied reason muscles. It’s like the drama non-participation shocks those muscles out of dormancy into growth and he starts changing in a positive direction. In other words, he grows.

A “Level 2” Drama Person does two things in response to drama non-participation. First, he redoubles his efforts to coerce re-participation. Second, he cuts you off and stops having anything to do with you—because he can’t stand the frustration. At this point, he may take his drama show to someone else who’s a more willing participant. He doesn’t change but his relationship with you does. It may cease to exist or become more limited. In other words, he stays stuck.

A “Level 3” Drama Person responds to drama non-participation by becoming unsafe. He may try to hurt you, kill you, or destroy your life in some way. He may try to besmirch your reputation or deprive you of income-making potential. In other words, he becomes dangerous.

I was born and raised in the Jim Crow South—Mississippi to be specific. I have vivid memories of separate drinking fountains, Blacks being relegated to the backs of buses, city pools closing rather than complying with court-ordered integration, Black servants entering through back doors and never through front doors.

“Mississippi was a great place to grow up,” I’ve told people often, “if you were white.” I should add, if you were white and complied with segregation. If you didn’t, you might be socially shunned or suffer physical violence. I’ll never forget the night our dishes rattled when the house of an integration-friendly neighbor got bombed by the Klan.

We, in our family, didn’t consider ourselves to be vicious, hateful racists. We were just nicer about it. But like a man who hasn’t bathed for a month trying to cover his B.O. with English Leather, the stench of racism was there nonetheless.

In significant ways, Jim Crow Mississippi was a collective drama that worked like this: “Our role (white people) is to be in charge. Your role (Black people) is to do what we say and be who we need. As long as we all stay in our roles, we’ll ‘get along’ fine. Any questions?” It was considered a tribute if you said about a Black man, “He knows his place and stay in it.”

Whites looked on that arrangement with fondness because life ran so smoothly for us. But for Blacks—those forced into their roles of submission—not so much. The drama did to them what all dramas do: it made them sick, drove them crazy, and wore them out.

It had all gone on for way too long when Martin Luther King entered the drama from stage right. He was a drama buster if there ever was one. To use my verbiage, he said to the Blacks of his day, “The time has come for us to step outside of our drama roles of obligatory submission. Change will never come until we do.” They did. And things changed.

Many southern racists turned out to be Level 1’s. That is, they responded by waking up and seeing their racism (the openly nasty type or the less obvious genteel type) for what it actually was and abandoning it–or at least trying to. I count myself in this group. Some aspects of the South have changed but that change would have never occurred without the collective drama non-participation of Blacks under the leadership of Dr. King and many courageous others.

Some turned out to be Level 2’s, maintaining and rationalizing their racism while becoming more discrete about it. Their racism didn’t change; they just moved it off center stage. Like swearing off salt but eating foods in which salt is a major ingredient, racism is still there but has become embedded in various systems. But from time to time under certain revealing circumstances, the curtain gets pulled back and there it is in all its ugliness. These people engage in the collective pretense that life was actually better under the old we’re-up-and-they’re-down arrangement. They may not be rushing off to late night meetings with eyeholes cut in their sheets, but they’re congregating virtually in social media klaverns.

So, I’ve been thinking about what happened a half century ago. I’d like to thank Martin Luther King for his courage, for his ability to move an entire culture with the strength of truth, and for freeing us—some from Jim Crow and others of us from complicity with evil ideas.